Clive R. Neal, professor in the Department of Civil & Environmental Engineering & Earth Sciences at the University of Notre Dame, has been named the recipient of the 2015 Michael J. Wargo Award. The award is presented annually by the Solar System Exploration Research Virtual Institute, formerly the NASA Lunar Science Institute, to an engineer or scientist who has significantly contributed to the integration of exploration and planetary science. A formal ceremony will take place at the 2015 Exploration Science Forum, July 21-23, at the NASA Research Park at NASA Ames Research Center in Moffett Field, Calif. 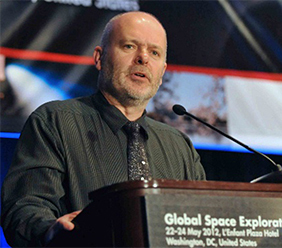 Neal’s research explores the origin and evolution of the Moon (focusing on the petrology and geochemistry of returned samples coupled with geophysics and other remotely sensed datasets), geophysical instrumentation and investigations of the moon, formation of impact melts, and more basalt petrogenesis. Passionate about the U.S. Human Spaceflight program and returning humans to the Moon to stay, Neal has been involved in numerous NASA review panels and in the study of the Moon since 1986. Most recently, he chaired the Senior Review Panel for the Planetary Science Division for extended space missions.

In addition to serving on the Planetary Science Subcommittee as a link between the scientific community and NASA policies and programs, Neal serves as chair of NASA’s Lunar Exploration Analysis Group for the second time, where he previously served as chair from 2006-2010. He has also served as chair of the Mars 2020 Mission Instrument Review Panel. 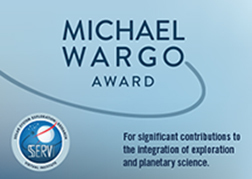 Along with his NASA work, Neal has been involved in the U.S. Scientific Ocean Drilling Program for more than 15 years, and has chaired the Science and Technology Panel of the Integrated Ocean Drilling Program (IODP), as well as serving as chair of the Readiness Assessment Team for the JOIDES Resolution in 2009, a riserless drilling vessel operated by the Integrated Ocean Drilling Program for scientific exploration of the ocean floor. He is currently a member of the Technical Advisory Team for the Japanese ocean-drilling vessel Chikyu and has just finished a three-year term on the Science Evaluation Panel of the IODP.