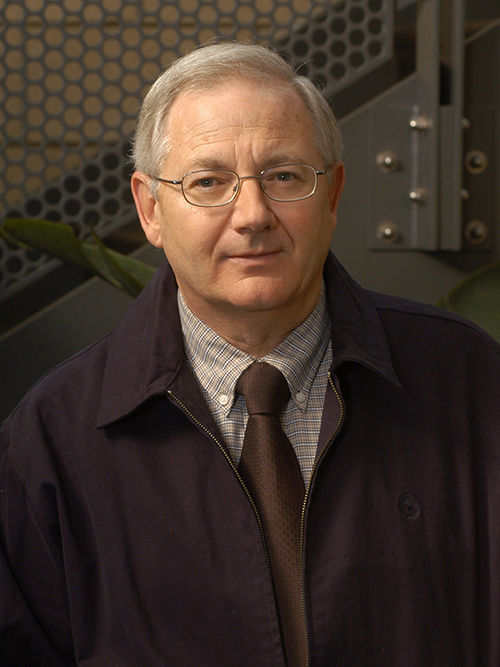 Eric J. Jumper, the Roth-Gibson Professor of Aerospace and Mechanical Engineering, has been selected to receive the 2019 Air Force Institute of Technology (AFIT) Distinguished Alumni Award. Only 37 other AFIT alumni have been granted this honor. They include Air Force pioneers such as Gen. Bernard A. Schriever and Col. George V. Holloman, astronauts Col. Edwin “Buzz” Aldrin Jr., Col. Guion S. Bluford, and Col. Frank Borman, and Notre Dame’s Anthony K. Hyder, professor emeritus in the College of Science.

An alumnus and former faculty member of AFIT, Jumper is an international leader in the study of the distortion of laser light in turbulent air and ways in which to mitigate that distortion. The award will be presented during the AFIT Centennial Day Symposium at the Wright-Patterson Club and Banquet Center in Dayton, Ohio, on November 7.

Jumper has made important contributions to the field of aero-optics. In addition to his investigations of laser directed energy and free-space communication — much of which occurs in Notre Dame’s one-of-a-kind flying research laboratory at speeds near the speed of sound — he has also worked on reentry heating of the Space Shuttle and foundational research in the development of chemical lasers.

Jumper was commissioned by the U.S. Air Force in 1986 upon his graduation from the University of New Mexico. He served as research engineer and scientist in the Air Force, a faculty member at both the Air Force Academy and Air Force Institute of Technology, and Chief of the Laser Devices Division of the Air Force Weapons Laboratory in New Mexico. He joined the Notre Dame faculty in 1968.

A Fellow of the American Institute of Aeronautics and Astronautics (AIAA) and the Directed Energy Professional Society, Jumper is also a member of the American Society for Engineering Education. His research awards include the AIAA Plasmadynamics and Lasers Award, the General Bernard Schriever Award for Research, the Air Force University Commander’s Award for Faculty Achievement, and two Air Force Meritorious Service Medals.

Originally published by Nina Welding at conductorshare.nd.edu on November 05, 2019.