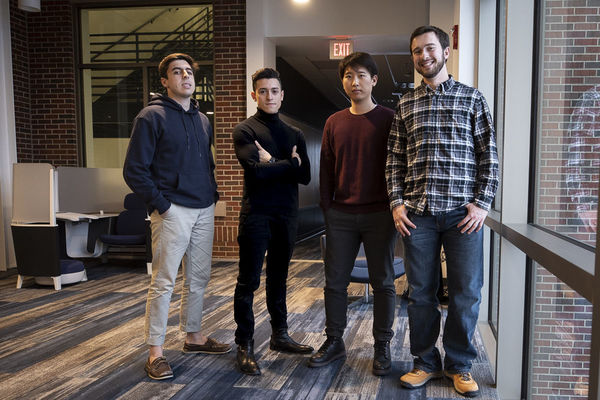 Resonado, an Innovation Park-based startup founded by University of Notre Dame undergraduates, has shifted its focus from consumer to business-to-business sales, leveraging the quality and flexibility of the company’s significantly thinner, lighter speaker that can be easily integrated into products from flat-screen TVs to yacht rails and RV windowpanes.

CEO Brian Cho said the change resulted from the team’s eight-week stay in San Jose, a trip it won at the 2018 McCloskey Competition. While in Silicon Valley, Resonado significantly grew its network and was mentored by University of Notre Dame alumni such as Richard Pivnicka, Mike Culver, Tony Nguyen and Mark Accomando.

“Our startup was a different company before and after our time in Silicon Valley,” Cho wrote in “Defying the Status Quo” on Medium. “We made more progress in two months than we had achieved over one year, and I have grown to see the world through a different lens. Our company was growing at a rate we never imagined possible and transformed into something beyond our expectations.”

Cho learned electrical engineering in Korea from his father, L.H. Cho, a serial entrepreneur and Resonado’s chief technology officer. Nearly 20 years ago, L.H. Cho identified the need for thinner, lighter speakers when he was trying to assemble a digital photo frame for his wife. The eventual solution, which Brian helped to invent, is a disruptive technology now called Flat Core Speaker technology. It uses two bar magnets and a flat voice coil, rather than the widely-used but 140-year-old design of a voice coil wound around a cylindrical magnet, to generate sound production. 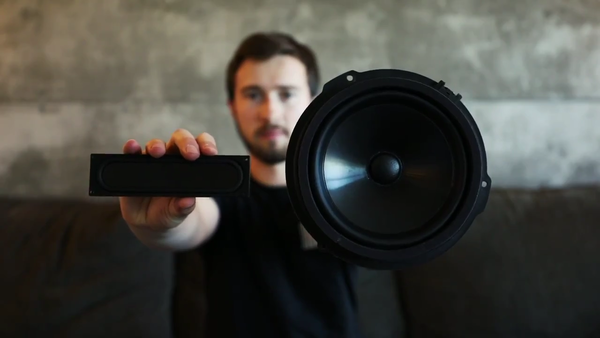 In Silicon Valley, the team presented to leading angel groups, attended the prestigious TechCrunch Disrupt 2018 conference as one of the top five startups in hardware tech and secured a round of funding from several sources such as the Dorm Room Fund by First Round Capital.

In January, Cho joined Silicon Valley Bank Trek’s 2019 Cohort, after being nominated by mentor Karen Slaggert, the IDEA Center’s director of student entrepreneurship. Although he had been immersed in Silicon Valley before, the intense four-day experience elevated his appreciation of simplicity, diversity and networking for problem-solving and mutual benefit.

Resonado is now seeking investors for seed-round capital and strategic partners who could benefit from its next-generation speaker technology that it believes will transform the market.

“Our generation hardly knows what a floppy disk is or even a dial phone,” said Cho. “It’s time to introduce innovation to the sound industry to the point that the next generation will hardly know what a cone-shaped speaker is.”

Originally published by Nick Swisher at ideacenter.nd.edu on January 31, 2019.