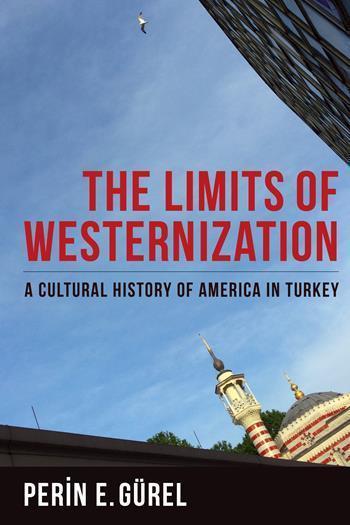 The Department of American Studies is thrilled to announce that Assistant Professor Perin Gurel has published her first book!  The Limits of Westernization: A Cultural History of America in Turkey examines the contradictory views held by Turkish citizens about their country’s relationship with the U.S., discussing how such opposing opinions arose and how they influence contemporary U.S.-Turkey relations.  Gurel analyzes the complex local uses of “the West” to explain how the United States could become both the best and the worst in the Turkish political imagination. The book traces how ideas about westernization and America have influenced national history writing and policy making, as well as everyday affects and identities. Foregrounding shifting tropes about and from Turkey—a regional power that continues to dominate American visions for the “modernization” of the Middle East—Gürel also illuminates the transnational development of powerful political tropes, from “the Terrible Turk” to “the Islamic Terrorist.”

The Limits of Westernization is published by Columbia University Press; you may preview and purchase the title here.

Originally published by Rebecca Corrente at americanstudies.nd.edu on April 26, 2017.