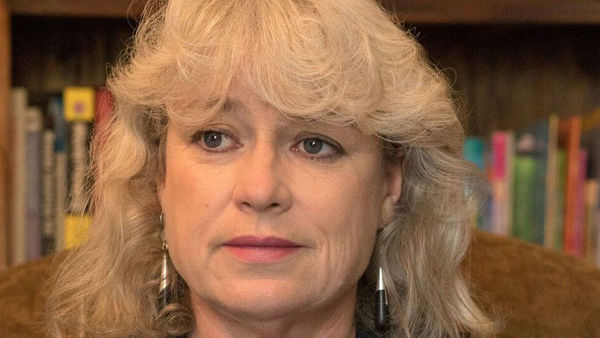 Hughes currently is head of the Division of Peace Studies and International Development and professor of conflict resolution at the University of Bradford in the United Kingdom. In her new position at Notre Dame, she will be a core faculty member of the Kroc Institute for International Peace Studies, an integral part of the Keough School.

Hughes’ research focuses on peacebuilding and the politics of aid and development in post-conflict Asia, especially in southeast Asia. She has written or co-written five books in this field, including “Dependent Communities: Aid and Politics in Cambodia and East Timor” and “The Politics of Accountability in South East Asia: the Dominance of Moral Ideologies” with Garry Rodan.

From 2010 to 2013, Hughes served as director of the Asia Research Centre at Murdoch University in Perth, Western Australia, one of Australia’s leading research centers focused on Asia. She also serves as an external adviser and mentor to the research team at the Cambodia Development Resource Institute. Hughes has collaborated with policymakers, practitioners and government organizations including the World Bank in Cambodia and Indonesia; the Department for International Development in the United Kingdom; and Swedish International Development Cooperation Agency, a government agency of the Swedish Ministry for Foreign Affairs.

“By virtue of her expertise in southeast Asia, in global development and in peace studies, Professor Hughes exemplifies and strengthens the Keough School’s commitment to the integration of related but too often isolated areas of specialization,” said Scott Appleby, Marilyn Keough Dean of the Keough School.

“Her particular focus on Cambodia allows her to explore the dynamic relationship between economic and social development, effective and ethical local governance and the peaceful transformation of conflict among peoples whose past is scarred by deadly violence. I am delighted to welcome her to the Kroc Institute and to the Keough School faculty.”

Hughes will be the second Notre Dame faculty member to hold the Hesburgh Chair in Peace Studies. George A. Lopez, Rev. Theodore M. Hesburgh, C.S.C., Professor Emeritus of Peace Studies, was appointed in 2008.

Rev. Theodore M. Hesburgh, C.S.C., the late president emeritus of Notre Dame, was president of the University from 1952 to 1987 and one of the nation’s most influential figures in higher education, the Catholic Church and national and international affairs. Father Hesburgh, a leading national voice for peace, justice and human rights, founded the Kroc Institute for International Peace Studies in 1986 with the support of philanthropist Joan Kroc.

Originally published by Renée LaReau at news.nd.edu on November 13, 2017.