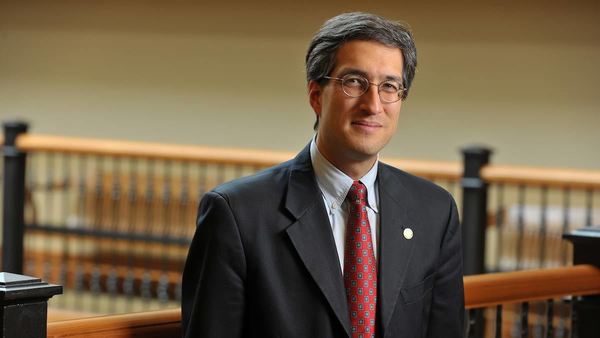 The sweeping college admissions scandal involving dozens of wealthy and famous parents, test administrators and college coaches charged with attempting to rig the system highlights a little-known truth about charities, according to a University of Notre Dame Law School professor.

“No one at the IRS is doing more than a cursory read of the vast majority of the annual returns nonprofits file,” says Notre Dame Law School Professor Lloyd Hitoshi Mayer, “because the IRS is woefully underfunded and understaffed.”

Mayer’s new research underscores his point. “The Promises and Perils of Using Big Data to Regulate Nonprofits” is forthcoming in the Washington Law Review.

The CEO of a college admissions prep company that allegedly used bribery, cheating and fraud to help the children of rich and famous people get into elite colleges and universities also operated the Key Worldwide Foundation, a charity that prosecutors believe was a front to launder money paid by parents.

At first glance, the foundation’s IRS application and the annual information returns it began filing with the IRS in 2014 appear innocuous, Mayer notes, but he says there were several yellow flags from the beginning.

“The foundation disclosed in its application that it and two of its directors and officers had close ties to a for-profit company. Its returns disclosed that it only had three directors and reported for its first several years that none of them met the IRS’ definition of ‘independence,’ indicating they all had financial ties to the foundation or related entities. The foundation also had no employees or volunteers, even as its annual revenues and expenses grew from hundreds of thousands into the millions.”

“A spot check of the grant recipients also reveals some unusual characteristics,” Mayer says. “For example, on its 2014 return the foundation listed a $14,500 grant to ‘community donations’ in Sacramento without any further details, and with the address provided being that of the foundation. This was the case even though the instructions to that form require listing the specific organizations that received grant funds and their addresses.”

Mayer points out the foundation also identified all of its grant recipients as not being charities themselves, even though that appears not to be the case for some of them. For example, the foundation reported in 2014 giving a $25,000 grant to Generation W in Jacksonville Beach, Florida, which is an IRS-registered charity.

“This is significant because if the recipient was a charity, it should have reported the grant on its schedule of donors provided to the IRS,” Mayer says, “which would have allowed the IRS to verify that the grant was in fact made.”

News reports indicate that at least some purported grant recipients claim they never received any grants from the foundation, which raises the question of whether such checking would have revealed that the foundation’s returns were inaccurate.

“Bottom line,” Mayer says, “after years of neglect and even outright attacks by Congress, the IRS lacks the ability to engage in even the most basic oversight of most charities. It is gamely trying to do more with what it has, including by using big data techniques to process the information it does collect. But it has fallen so far behind, even as the number of charities has continued to increase, that absent significantly increased funding, it will likely remain a paper tiger.

The IRS and state regulators are hoping to better identify charities that are violating the law by applying big data methods to the vast amounts of data they collect about these organizations, but as Mayer’s new research finds, there are serious limits to this approach, including because most of the data comes from the charities themselves and so can be inaccurate or even outright lies, as the college admissions scandal illustrates. This research highlights these limits and the steps that the IRS and state regulators can take to overcome them and to truly enhance the compliance of charities with the law.

An expert on legal issues relating to charities and other nonprofits, Mayer also is the author of “Should the IRS Change or Surrender Its Oversight of Tax-Exempt Organizations?”

Originally published by Shannon Roddel at news.nd.edu on March 14, 2019.