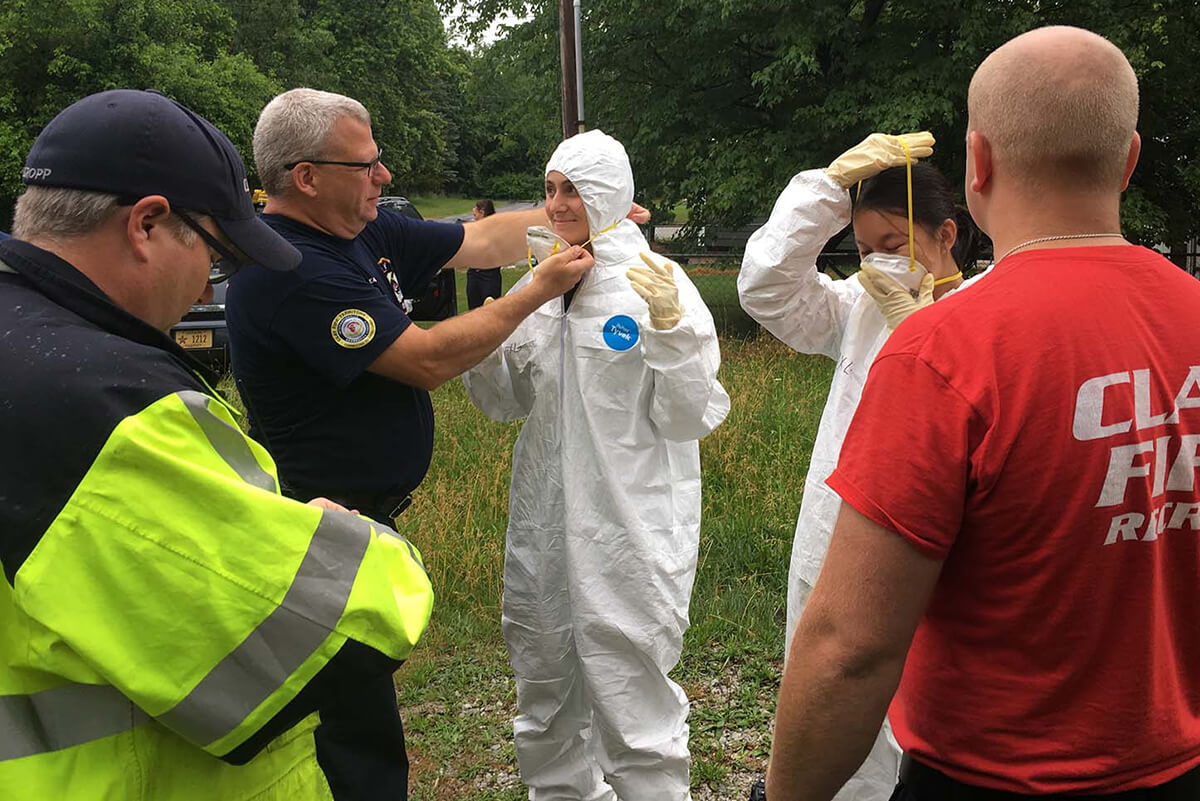 Interns Christina Casino and Mariah Donley put on a Hazmat suits before entering the home of a suspected child pornographer.

When Notre Dame senior Christina Casino started as an intern in the Cyber Crimes Unit two years ago, she did not expect the stark reality she confronted in her second week on the job.

She went with the police to serve a warrant at the home of a suspected child pornographer. After the team secured the house — and made the owner put on some clothes — Casino entered to collect technological evidence: computers, phones, thumb drives and more.

“We had to wear Hazmat suits with facemasks and Vicks under our noses,” Casino said. “It was repulsive, feces everywhere, no power, no water. The smell was so bad. I was afraid there was going to be a dead animal.”

She said the unit’s director, Mitch Kajzer, called it the second-worst house he’d seen in a long career of serving criminal warrants. For a student who grew up in Stamford, Connecticut, and went to private schools, Casino said, “It was a huge eye-opener.”

“I definitely wanted to experience that because I know I’m so sheltered,” said Casino. “I think it’s better for me that I know that exists and that I experience it now. I could get a roadblock like that and be like, ‘How do I deal with this situation?’ Now I’m way more prepared to go into any part of the U.S. or the world.”

Originally published by Brendan O’Shaughnessy at al.nd.edu on January 02, 2019.