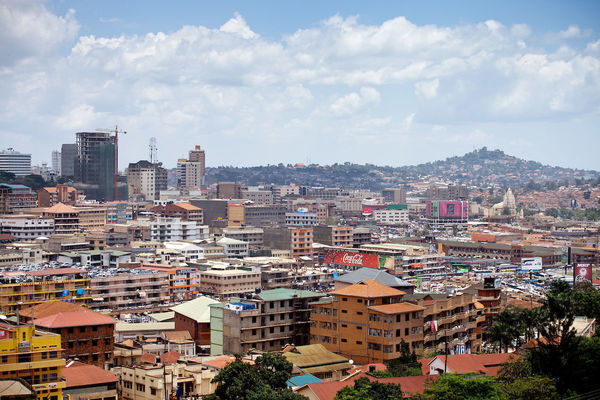 It powers nearly every aspect of our daily lives, but in low- to middle-income countries, more than one billion people live without electricity. The issue is particularly overwhelming in sub-Saharan Africa where, according to the U.S. Agency for International Development, 600 million people — an estimated 70 percent of the region’s population — do not have access to electricity. What’s more, the majority of institutions in those countries also lacks reliable electricity, including national hospitals.

Researchers at the University of Notre Dame with counterparts in Uganda, Rwanda and Nigeria are working to bridge the gap through a program called Energy E3 — Empowering Nations to Power Their Nation, with plans underway for an inaugural energy innovation center in Uganda.

“If we can combine three or four systems at a site, we have a microgrid,” said Abigail Mechtenberg, assistant teaching professor in the Department of Physics and international sustainable development researcher in the Center for Sustainable Energy at Notre Dame, who created and launched the Energy E3 program in 2008. The site is the next step toward increasing accessibility, coordinating research and development, and generating new projects at future sites.

Notre Dame’s research team and collaborators have developed wind turbines, hydroelectric generators and biogas cooking devices with thermal electric generators in addition to hand-crank and table generators at multiple sites in all three sub-Saharan countries, with additional projects in Haiti and an upcoming project in Nepal. They are also working with colleagues on finishing the concentrating solar power generator and biodiesel from local Ugandan algae.

“We work with experts using an asset-based international development paradigm in-country to identify solutions that make sense depending on the specific needs of each site including resource availability for devices that provide energy that’s sustainable and market-viable,” Mechtenberg said. “It’s essential to sustainability that these solutions are designed, built and maintained using readily available materials in each location to promote interdependency and replace dependency-based energy models.”

In Uganda, for example, researchers are studying the feasibility of hand-weaved wind turbine blades using papyrus and banana fibers — a resource local experts say provides the strength and durability needed to convert wind into energy. Dozens of Ugandan women are hand-weaving the fibers into turbine blades opening the door for indigenous knowledge of weaving to touch new markets. Five sets of wind turbine blades have been tested on-site, but some blades will now be shipped back to Notre Dame to be tested on campus later in the fall.

Mechtenberg launched Energy E3 after a trip to Ghana revealed to her how dire lack of access to electricity can be. Without sufficient resources, it is not uncommon to find hospitals forced to limit energy consumption at night, powering down potentially life-saving equipment and switching to either solar panels, which provide only enough electricity to run the lights, or expensive idling diesel generators.

While Americans pay $0.12 per kWh, Ugandans pay more than twice that at $0.25 per kWh with utility grid pricing, but these utility grids can be unreliable, dramatically spiking electricity costs. In cities where residents don’t have access to reliable electricity at home, charging stations have become a popular and profitable business, costing consumers the equivalent of $12 up to $144 per kilowatt hour (kWh) to charge one cell phone.

Ultimately, Mechtenberg said, the vision is to build multiple energy innovation centers within each region, and to implement the Energy E3 curriculum to be shared in high schools, technical institutes, business colleges and universities as well as online –– to eliminate a site’s dependency on third parties for local and sustainable energy solutions and to embrace an equitable justice-for-all interdependency model.

Originally published by Jessica Sieff at news.nd.edu on September 13, 2018.