Go, who joined the University in 2008, will serve as the Rooney Family Associate Professor of Engineering, continuing his work in the thermal-fluid sciences, including plasma science and engineering, microfluidics and chemical analysis, and heat and energy transfer. 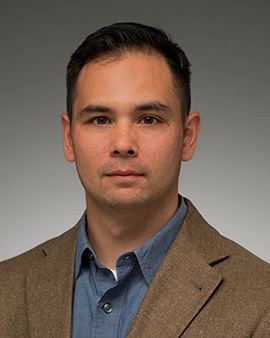 In addition to this promotion, Go was recently named an ECS Toyota Young Investigator Fellow by the Electrochemical Society. He also received the National Science Foundation (NSF) CAREER Award in 2013 and was elected by the Air Force Office of Scientific Research for the Young Investigator Program in 2011.

The co-owner of several patents, Go directs the Small Scale Transport Research Laboratory. He is also a member of the American Physical Society, American Society of Mechanical Engineers, Electrostatics Society of America, and Institute of Electrical and Electronics Engineers.  Go received a bachelor’s degree in mechanical engineering from Notre Dame in 2001. He earned a master’s degree in 2004 in aerospace engineering from the University of Cincinnati, and a doctorate in mechanical engineering in 2008 from Purdue University.

Thrall has been named the Myron and Rosemary Noble Assistant Professor of Structural Engineering. Since joining the University in 2011, she has built the Kinetic Structures Laboratory, a facility devoted to analytically, numerically and experimentally investigating the behavior of a wide variety of portable, modular, and deployable structures. Recent projects include designing rapidly mobile origami-inspired shelters, developing a framework for transitional deployable bridges, and investigating prefabricated high-strength rebar systems with high-performance concrete for accelerated construction of nuclear concrete structures. 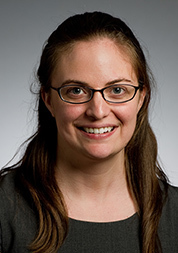 In addition to this honor, Thrall was awarded the NSF CAREER award in 2014, the SEI Young Professional Structures Congress Scholarship in 2012, and the Hangai Prize of the International Association for Shell and Spatial Structures in 2011.

Thrall received a master’s and doctorate, both in civil and environmental engineering, from Princeton (2008 and 2011) and a bachelor’s degree in physics from Vassar (2004).