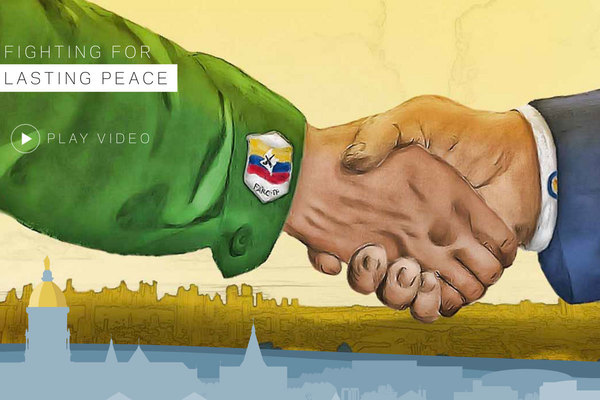 Peace negotiations between the Colombian government and the country’s principal guerrillas had come to a standstill yet again.

One of the longest and bloodiest civil wars in modern history hung in the balance.

A month earlier, the rebels had killed 11 soldiers at an army camp. The government retaliated, killing more than 20 guerrillas, who ended their unilateral ceasefire.

In the middle of this chaos in early 2015, Colombian President Juan Manuel Santos called Doug Cassel, a human rights attorney and an expert in transitional justice, at his office in the Notre Dame Law School.

Originally published by Daily Domer Staff at dailydomer.nd.edu on September 16, 2016.