Donald Crafton didn’t want to deliver a typical acceptance speech. Standing before hundreds of his peers last month in Seattle, receiving the Distinguished Career Achievement Award from the Society for Cinema and Media Studies, he wanted to challenge and inspire the hundreds of friends, colleagues, and future academic leaders in front of him.

In his remarks, he reflected on why John Ford’s 1956 Western The Searchers was his favorite film. It is a standard response he gives to a frequent question, but his explanation often focuses on the film’s historic significance or cinematic influence. 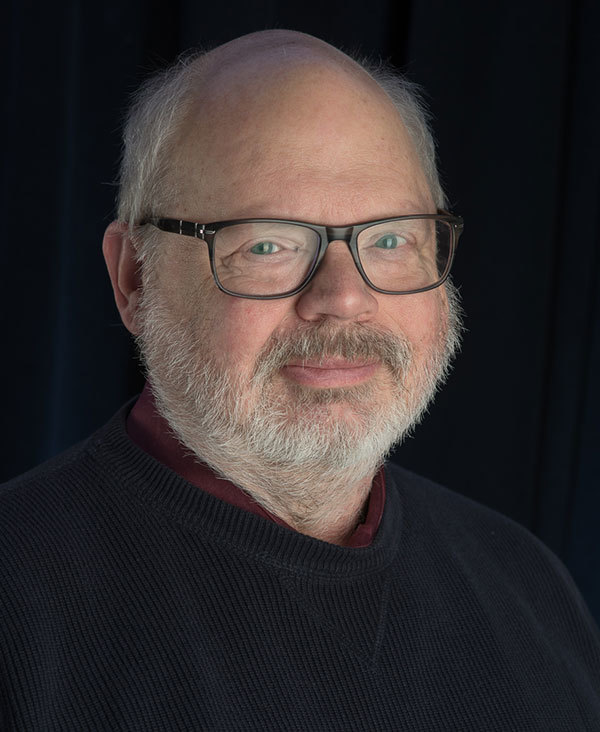 It had been a while, he said, since he thought about the more personal reasons behind his affinity — seeing it for the first time with his parents and siblings at the local movie house in Eaton Rapids, Michigan.

“Our family had little spare change, but we always had time to attend ‘the show’ on Friday nights,” he said. “We sought out cheeseburgers, got in line, participated in the community ritual of a shared spectacle with our fellow sweaty travelers, and immersed ourselves in cinematic worlds designed to spawn dreams and nightmares — wherever we were.”

Over the next several decades, those cinematic worlds became a lifetime passion for Crafton, who is widely considered the pre-eminent scholar on early animation. His books include Before Mickey: The Animated Film, 1898-1928 and Shadow of a Mouse: Performance, Belief, and World-Making in Animation.

Crafton came to Notre Dame in 1997 and retired in December 2016, a tenure that included holding the University’s first endowed professorship in film studies, serving as chair during the transformation of the Department of Communication and Theatre into the Department of Film, Television, and Theatre, and playing an instrumental role in the planning of the DeBartolo Performing Arts Center. He also chaired the Department of Music for three years.

He previously founded the Yale Film Study Center and directed the Wisconsin Center for Film and Theatre Research. The Academy of Motion Picture Arts and Sciences named him one of its inaugural Academy Film Scholars in 2001.

The recipient of a pair of National Endowment for the Humanities fellowships and one from the John Simon Guggenheim Memorial Foundation. Crafton and his wife, Susan Ohmer — the William T. Carey and Helen Kuhn Carey Chair in Modern Communication — co-edited The Moving Image, the journal of the Association of Moving Image Archivists, and he has been an editorial board member of numerous other journals.

“Don Crafton’s work has set a high standard for historical scholarship and also has contributed vitally to the study of animation within our field,” said Heather Hendershot, a professor of film and media at the Massachusetts Institute of Technology, in her introduction of Crafton at the awards ceremony.

She noted that Before Mickey was a “landmark study that still remains unsurpassed,” while Shadow of a Mouse is a “brilliant” work written in “probing, thorough, and consistently witty prose.”

“Discover your own career story. Ask why certain works, texts, and events have become talismans for you. Look inside yourself to understand your searches for fulfillment via the arts, athletics, academics, or whatever animates you.” 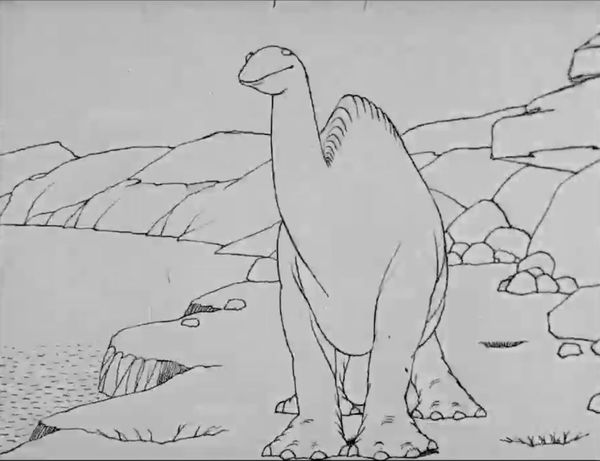 A film frame from “Gertie” (1914), drawn by Winsor McCay. Courtesy of the Library and Archives of Canada.

Lately, Crafton has been focused on restoring Gertie, a 7-minute animated film from 1914 developed by cartoonist and vaudeville performer Winsor McCay as part of his live act. Crafton’s restoration and the short play he wrote to accompany it, “Winsor and Gertie,” had their world premiere at a silent film festival in Italy in October and played at the University of Tübingen last month.

This fall, he will lead a half-semester FTT course that will combine an academic study of Gertie with a student production of “Winsor and Gertie” in the Patricia George Decio Theatre at the DeBartolo Performing Arts Center on Dec. 6.

Crafton feels eternally indebted to his mentors and teachers, he said, but also his FTT colleagues, who have fostered a robust and energetic department.

“I’ve also learned so much from my students — and not in a vague way, but specific ideas that have inspired me to do further research,” he said. “Students are teachers, too — I keep telling them that, but they don’t believe me.”

In reflecting on his family’s weekly ritual of Friday night movies — his “inherited cinephilia,” as he called it — Crafton encouraged his fellow SCMS members to embrace the personal aspects of their love of film and culture and incorporate it into their research.

“Discover your own career story. Ask why certain works, texts, and events have become talismans for you,” he said. “Look inside yourself to understand your searches for fulfillment via the arts, athletics, academics, or whatever animates you.”

Originally published by Josh Weinhold at al.nd.edu on April 15, 2019.