Former Speaker of the U.S. House of Representatives Paul Ryan will join the University of Notre Dame faculty as a professor of the practice for the 2019-20 academic year as a guest lecturer in political science and economics. 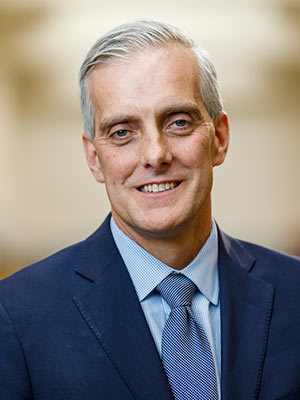 Other recent professor-of-the-practice appointments include those for former U.S. Sen. Joe Donnelly and former White House Chief of Staff Denis McDonough. Like Ryan, they bring experience at the senior-most levels of government, providing Notre Dame students with firsthand knowledge and insights that are difficult to find elsewhere.

“The study of political science is strengthened when students hear from people with real-world policy and political experience,” said David Campbell, Packey J. Dee Professor of American Democracy and chair of the Department of Political Science at Notre Dame. “Having former officials in the classroom provides important insights for students — an opportunity to put the theories we study to the test.”

Campbell said Ryan will be guest-lecturing on the fundamentals of American government, the current state of political polarization, and Catholicism and economics, among other topics. Ryan also will be delivering an address at a conference hosted by Notre Dame’s Wilson Sheehan Lab for Economic Opportunities and the Rooney Center for the Study of American Democracy.

Donnelly began guest-lecturing this semester, speaking in courses on American politics, public policy and leadership. He has also met regularly with a group of undergraduate students to discuss his experience running for and serving in office.

“It has been an amazing experience to teach and work with our students and professors at the same beloved Notre Dame that I was privileged to attend,” Donnelly said. “It is easy to see every day that our Catholic mission plays a huge role in daily life at Notre Dame. Our students are bright, energetic, hard-working and will change the world. I look forward to working in the classroom with Speaker Paul Ryan and Chief of Staff Denis McDonough next semester.” 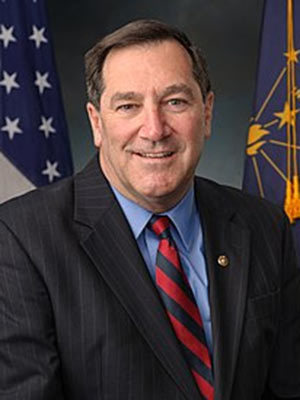 Donnelly earned his bachelor’s and law degrees at Notre Dame before entering politics. He was elected to the U.S House of Representatives in 2006, representing Indiana’s 2nd Congressional District, and served three terms before being elected to the U.S. Senate in 2012.

Ryan — who represented Wisconsin’s 1st Congressional District for 20 years, serving for the last four as the 54th Speaker of the House — has his own connection to Notre Dame, where his brothers Stan and Tobin earned their bachelor’s degrees in economics. Ryan has visited Notre Dame many times over the years and now looks forward to getting directly involved with its students and faculty.

“As an Irish Catholic from the Midwest, the University of Notre Dame has always held a special place in my heart,” Ryan said. “It is an honor to be part of a University where Catholic principles, robust debates, academic freedoms and diverse viewpoints are allowed to flourish. As much as I hope to impart as a lecturer, I know that I will learn a tremendous amount from Notre Dame’s remarkable students as we discuss the big challenges before our nation and collaborate on how best to address them.”

McDonough served as White House chief of staff for President Barack Obama from February 2013 until January 2017. He is an executive fellow in Notre Dame’s Keough School of Global Affairs, where he is an instructor for the Global Policy Seminar, a course that engages students with policymakers and leaders on topics and geographies essential to the world of global policy.

Originally published by Patrick Gibbons at news.nd.edu on April 15, 2019.