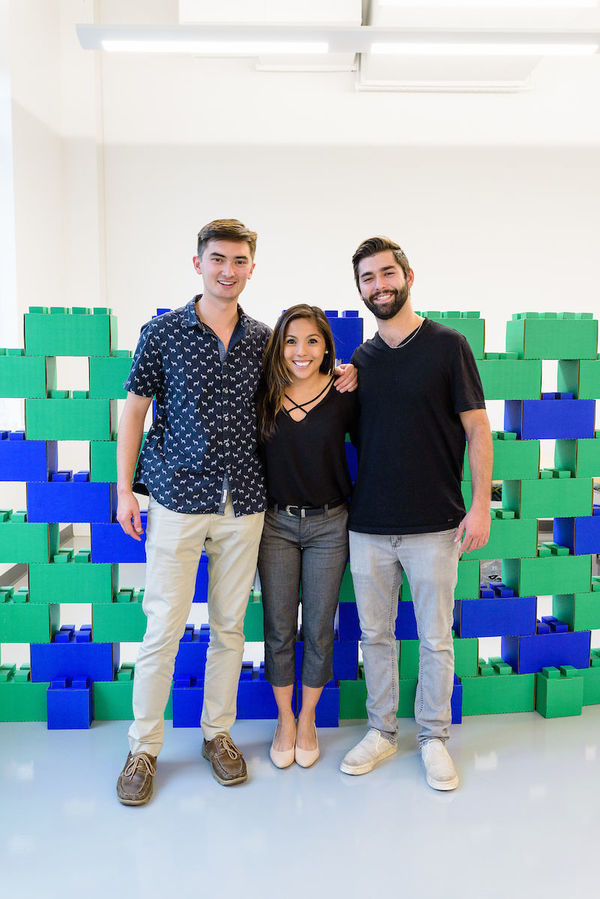 Colorado native Susie Lira-Gonzalez was accepted to ESTEEM when she graduated from Gonzaga University in 2016 with a major in mechanical engineering and a minor in the university’s Comprehensive Leadership Program. Instead, she worked in mechanical engineering for two years, including a stint at the global research giant Battelle in Columbus before she concluded that she wanted to take a more entrepreneurial route and came to ESTEEM.

“I was still drawn by ESTEEM’s mission, innovation and entrepreneurship,” Susie says.

Brian Scott and Paul Bickel, who both graduated from Gonzaga with mechanical engineering degrees in 2018, discovered their passion for entrepreneurship outside their major at the school.

“The most fun I had when I was at Gonzaga was when my friends and I were getting together trying to start a business or create a product,” Brian says, adding that Paul encouraged him to consider ESTEEM. “The thought of surrounding myself with that many like-minded individuals pushed me toward it.”

Paul says his entrepreneurial leadership minor moved him in the direction of ESTEEM.

“I felt the work I was doing in the entrepreneurial side of things was more fulfilling than solving differential equations hour after hour for a math class,” he says. “I liked the idea of business and working with something that was tangible and making a difference, that meant something to other people. I think starting in high school and applying to colleges, I had the idea in my mind to own my own company or start my own business in an innovative tech field like biomechanics or robotics. I knew that I wanted to be my own boss.”

“The most value I saw was come to Notre Dame – here’s a sandbox for you to play in and learn about entrepreneurship, be exposed to everything in the industry that pertains to innovation and technological movement. The emphasis on the experience here the biggest value that I’ve gained so far, and the sheer volume of people we’re exposed to who are currently practicing entrepreneurship, have done it in the past, or are just setting out now. The thing I love most about ESTEEM is how much we are encouraged to engage in the innovative experience and the entrepreneurial experience.”

In addition to his capstone, a founder’s idea that he brought from Gonzaga aiming to create a new piece of equipment for high-level rock climbing that would secure a handhold in wide, flaring cracks, Paul works at the IDEA Center helping Notre Dame students develop business ideas. He’s also the first ESTEEM student in the University’s marching band.

Brian’s capstone, working with an electronics company, focused on the accelerating field of wireless connectivity of electronics, where he can draw on some of his mechanical engineering knowledge. He also is working with classmates on three early-stage ideas for companies.

“They’re pretty good at giving you enough free time so you can do projects with classmates,” Brian says. “They really try to help you turn it into a big idea. They have the funding, the guidance, and the resources.”

Susie’s capstone involves working with Avanade, a leading integrator of Microsoft products, with a focus on finding the best way to integrate intelligent automation in the workplace of the future. Because she expects to return to Colorado after ESTEEM, she attended Denver Startup Week this fall to get a sense of the city’s entrepreneurial ecosystem and met with a Notre Dame alum who had been advising her over the phone.

“It was cool, within a span of three days, to connect,” Susie says. “Without a second thought, it was, ‘You’re one of us. How can I help?’ It’s hard to grasp the Notre Dame network until you’re here. Now that I’m here, I see they were right – now you’re part of this group.” After an in-person interview with a graduate of the first ESTEEM class, she got a job offer.

Originally published by Gene Stowe at esteem.nd.edu on November 02, 2018.