It’s no secret that privately held companies incur higher debt costs on the bond market than their publicly traded counterparts. At the end of the day, private firms pay about 1 percent more to publicly finance their debt and have a worse S&P 500 bond rating, according to a University of Notre Dame study that tested some of the factors influencing these cost variations. 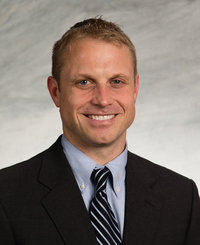 Brad Badertscher, an accountancy professor at the Mendoza College of Business, and his co-authors identified several mechanisms that drive up costs for private firms that raise capital via public debt, including assumptions related to downside risk without easy access to the equity market and whether private equity ownership influence is at play.

Because private firms have no obligation to open up their books, comparing public and private firms has been challenging for researchers, Badertscher said. To control for this, his study focused on private firms that enter the public bond market. “In the U.S., if you issue public debt, the SEC views you as a public company, just like a company that has equity,” he explained. In other words, private firms are subject to the same Securities and Exchange Commission investor reporting and disclosure mandates as those owned by shareholders, giving researchers access to the same data sets for both types of firms.

“If the disclosure regimes were not the same, then it’s always going to be hard to answer that question of whether public and private firms are charged a different rate for their debt because you could say, ‘Well, gosh, the public ones have so much more disclosure. I’m willing to lend to them at a better rate because I can see everything they’re doing,’” he said.

The researchers, who included Dan Givoly from Pennsylvania State University, Sharon Katz from INSEAD and Hanna Lee from the University of Maryland, examined 24 years of SEC-required financial disclosure statements from public and private companies that issued debt from 1987 to 2010. Their paper “Private Ownership and the Cost of Public Debt: Evidence from the Bond Market” was published in earlier this year in Management Science.

They calculated the cost of public debt for private firms was about 100 basis points, or 1 percent, higher than for a similar public firm. “Depending on the level of debt that you have, that’s pretty significant,” Badertscher said.

The study also found that private firms received lower S&P 500 bond ratings. Specifically, private firms had an average rating that was 0.273 lower than public firms on a scale from 1 to 21, with 1 corresponding to an AAA rating and 21 to a D ranking.

The researchers were able to demonstrate that having easier access to equity lowers a firm’s cost of debt and that financing constraints have a stronger impact on the cost of debt for private corporations compared with public firms. “Having equity is kind of like having another way to raise more money,” he said. In a crisis, the public firm could, in theory, go back to the market and get more equity.

Even having “deep-pocketed owners” did not completely offset the impact of limited access to the equity market for private companies, according to the study, which also found that the risk related to equity accessibility “is particularly acute during recessions, as private owners are less likely to make cash injections while they are already tightening their belts.”

Originally published by Melissa Jackson at conductorshare.nd.edu on May 06, 2019.