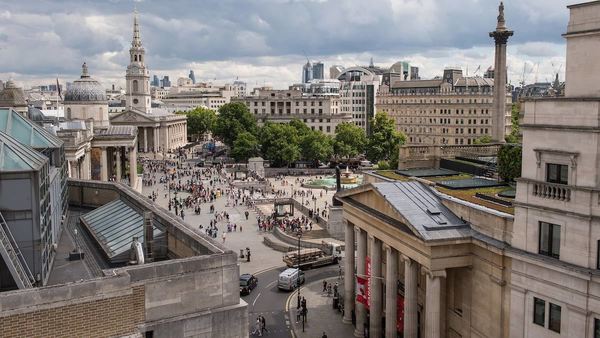 The University of Notre Dame and St. Mary’s University, Twickenham, will explore strategic responses to secularization, freedom and accountability and school leader formation in Catholic schools in the United States, United Kingdom and Ireland at an international conference at the Notre Dame London Global Gateway starting Tuesday (March 12).

Notre Dame staff and faculty from Dublin, London, Kylemore and campus, together with other leaders, will gather at “Contemporary Issues Facing Catholic Schools: Lessons from the United Kingdom, Ireland, and the United States.” Organized in collaboration with the London Global Gateway, this conference aims to deepen international, research-based dialogue by providing a platform to compare Catholic education institutions across the three countries and to strengthen the systems in each.

With 14 scheduled presenters and 45 attendees, including several bishops and University faculty, the conference is meant to spur important dialogue about the best approach to ensuring the vitality of Catholic schools internationally.

“This conference provides a unique opportunity for us to share the challenges that Catholic schools face in each of our countries,” said John Staud, the acting director of Notre Dame’s Institute for Educational Initiatives. “We believe that this dialogue will lead to thoughtful ways we can work together to strengthen Catholic education.”

Rev. James M. Lies, C.S.C., director for Catholic initiatives and a faculty member at the London Global Gateway, has been instrumental in the organization of this conference and will offer a welcome address on behalf of Notre Dame President Rev. John I. Jenkins, C.S.C.

"The reach of Notre Dame's Catholic and educational mission has been deepened and broadened when scholars and practitioners have come together from all over the world at the University's Global Gateways,” said Father Lies. “Through its efforts, IEI has been instrumental in enhancing the international conversation around Catholic education."

Cardinal Vincent Nichols, the Cardinal Archbishop of the Archdiocese of Westminster (London) will preside and preach at the opening Mass at the Westminster Cathedral. Bishop Arturo Cepeda of Detroit, Bishop Thomas Deenihan of Meath in Ireland, and Bishop John Wilson of Westminster will then outline the most challenging issues facing Catholic education in their countries.

The remainder of the conference will feature four discussions, each featuring several panelists representing the three countries. The first panel will home in on the mission of Catholic education within the context of modern-day secularization and how to best counter growing religious disengagement.

The second panel will explore the relationship between education policy, Catholic school institutions and the freedom and autonomy of choice, including the degree of parental freedom in school choice, the freedom of schools to sculpt and pursue individual missions and school accountability as mandated by the government.

The third panel will discuss effective teacher and leader formation as panelists describe the most strategic approaches to building “missionary disciples” within Catholic education institutions.

The fourth panel will center on faith and character formation, particularly how to best engage students with the Gospel in a way that resonates beyond the classroom.

The London conference is the fourth in a series of international gatherings sponsored by the Institute for Educational Initiatives and the Kellogg Institute to provide a research-based context for global Catholic education. While enrollment in U.S. Catholic schools has declined since peaking in the mid-20th century, enrollment worldwide has soared, particularly in the Global South. Notre Dame researchers are interested in what can be learned from Catholic schools internationally and applied to schools in the United States and around the world.

Originally published by Melissa Pavloff at iei.nd.edu on March 11.