At Notre Dame, four years of education turns into a lifetime of opportunity. For junior Alice Felker, it only took eight weeks for a service experience to turn into years of research and volunteer efforts for people with disabilities.

The summer after her freshman year, Felker participated in the Summer Service Learning Program, an eight-week service opportunity within marginalized populations run by Notre Dame’s Center for Social Concerns.

Felker spent her summer in Washington, D.C., at a L’Arche community where people with intellectual and developmental disabilities, known as “core family members,” are cared for both physically and emotionally. 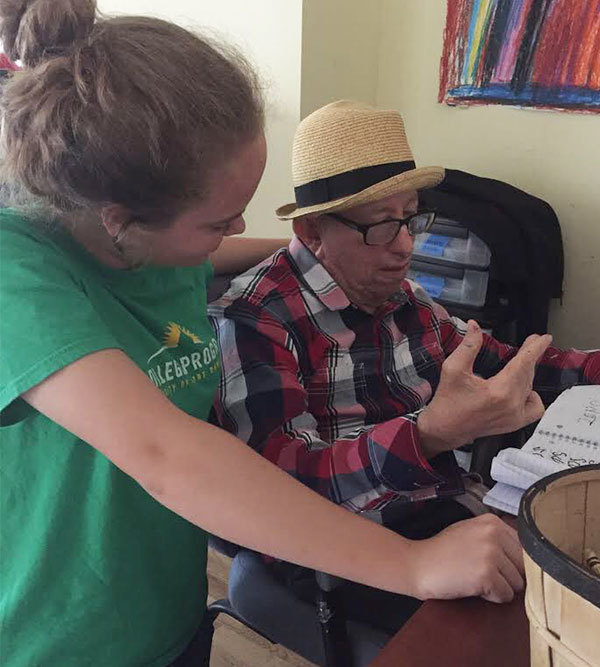 “The whole point of the project is to amplify the voices of people with disabilities,” she said, “in the hopes of seeing what they like doing during the day, how we can make that happen, what we are currently doing well, and where we can improve.”

Felker sent a survey to multiple programs in the Washington, D.C., area to better understand their strengths and weaknesses. She also talked to L’Arche core family members about what activities they participated in each day and checked if they matched the schedules provided by the program. Felker then tracked positive and negative behavior to see how day program activities can affect attitudes and actions.

Felker found that while programs succeed in seeing participants as a whole person rather than just someone with a disability, many organizations struggle to keep their employees for more than two years, leading to inconsistent service offerings.

Felker is now revising her first of three papers on the research, which she will present at the 11th annual Human Development Conference, hosted by the Kellogg Institute for International Studies on Feb. 22 and 23.

Though Felker was only required to serve for eight weeks at L’Arche, she has continued to live in the community as a part-time assistant there over her summer and winter breaks.

“It’s a great service model for disability services because it really values relationship,” Felker said. “There’s a lot of dignity and respect for core family members and what they teach us, as opposed to just a caregiver/care-receiver dynamic.” 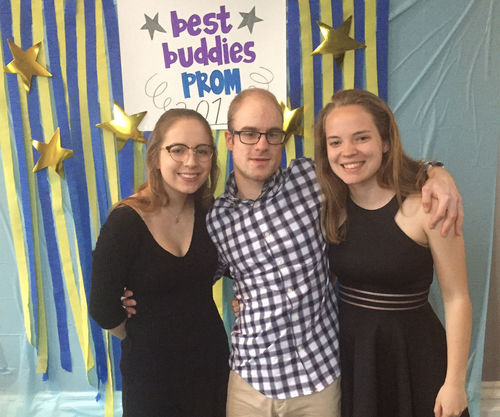 Felker (right) at an event for Best Buddies, which pairs students with local residents who have intellectual disabilities.

A Sorin Scholar through the Flatley Center for Undergraduate Scholarly Engagement and a former Badin Hall service commissioner, Felker has also served the South Bend community as a board member for Best Buddies, an organization that pairs students with a local resident who has an intellectual disability.

Felker also works in the Cognition, Learning, and Development Lab run by psychologist Nicole McNeil, and hopes to apply the information she’s learned there to special education.

Felker encountered an international perspective on disability when she studied abroad in Copenhagen, Denmark, last fall. An education, schooling, and society minor, Felker shadowed teachers and administrators at a public school in Finland, where she observed much less separation in the classroom for students with disabilities.

“They don’t call it ‘special education’ — it’s really just all education for them, and kids that need help, get help,” she said. “It was really cool to see how they’ve embraced inclusion in the classroom and how socially, the concept of having a disability is very different for the kids.”

Since disability rights can be explored from so many angles and lenses, Felker is grateful for her College of Arts and Letters experience.

“A liberal arts education is important because almost everything in the real world is interdisciplinary,” she said.

Felker will continue to work in disability rights and policy after graduation, hopefully back at L’Arche in a leadership position or within the Department of Health and Human Services. She is also considering a dual degree in law and social work.

Originally published by Hailey Oppenlander at al.nd.edu on February 25, 2019.