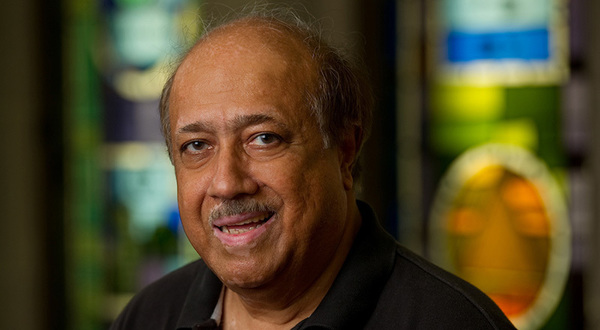 Ahsan Kareem, the Robert Moran Professor of Civil & Environmental Engineering & Earth Sciences, has been selected as the 2019 recipient of the Ernest E. Howard Award by the American Society of Civil Engineers (ASCE).

Established in 1954 in honor of Ernest E. Howard, a former president of the ASCE, the award consists of a gold-plated medal and cash honorarium. It is presented annually to a member of the ASCE who has made significant contributions to the advancement of structural engineering in regard to research, planning, design or construction.

In addition to his academic duties at Notre Dame, Kareem serves as co-principal investigator and senior researcher for National Science Foundation research centers under the Natural Hazards Engineering Research Infrastructure (NHERI) program, dealing with cyberspace infrastructure and simulation and modeling for natural hazards.

He has received the ASCE’s State-of-the-Art Award, was selected the inaugural recipient of the Alan G. Davenport Medal, and was awarded the Robert H. Scanlan Medal for outstanding original contributions to the study of wind-load effects on structural design and the Jack E. Cermak Medal for his contributions to the study of wind effects on structures. Receipt of the von Karman, Shinozuka, Davenport, Scanlan and Cermak medals is unmatched in the fields of mechanics and structural engineering. He was also inducted to the Offshore Technology Conference Hall of Fame in 2012.

Originally published by Nina Welding at conductorshare.nd.edu on June 19, 2019.