The Kroc Institute’s Peace Accords Matrix project has launched its redesigned and redeveloped database and website, with enhanced search tools and rich new data on peace accords around the globe.

PAM features comparative data on peace agreements that have been signed since 1989 and offers qualitative and quantitative data for scholars, practitioners, policymakers, students, negotiators, journalists, and mediators involved in on-the-ground peace talks. The project is home to the largest existing collection of implementation data on intrastate peace agreements.

Users can make use of PAM on their own or can engage members of the PAM team for consultation and support in peace processes. Visit the new PAM.

“In recent years, we’ve responded to an increasing number of requests from people involved in real-time negotiations who want to learn more about the effectiveness of peace accords over time,” said John Paul Lederach, senior strategist for PAM and professor of international peacebuilding at the Kroc Institute. “The new site is more user-friendly and makes our data available to a wider group of people.”

Database users can conduct comparative searches to learn how their peace-related questions have been addressed in other accords. For example, if a mediator involved in peace negotiations in Colombia wants to find out more about how other countries have handled military reform or natural resource management, he or she can search for these and more than 50 other peace accord provisions that range from arms embargoes to women’s rights. 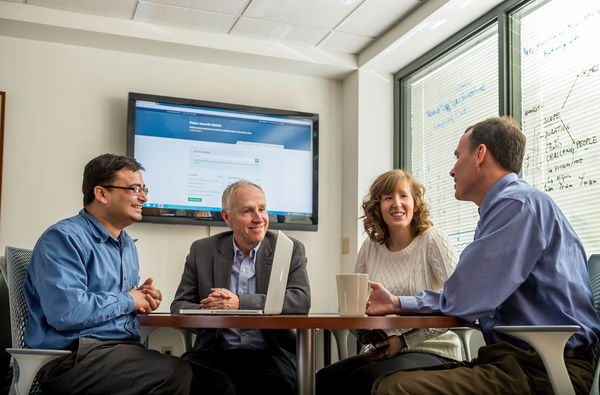 In recent years, the PAM team has provided support for ongoing peace processes in Colombia, Nepal, South Sudan, Venezuela and Myanmar, working with religious and secular actors and government officials. PAM is regularly used by a network of peacebuilding practitioners around the world.

“This tool enables people involved in on-the-ground conflict to go to an authoritative record of what has happened in other conflicts, see what has worked, and see under what circumstances it worked,” said David Cortright, program manager for the Peace Accords Matrix and associate director of programs and policy studies at the Kroc Institute. “The objectivity of the data enables negotiating parties to get beyond their lack of trust in the other side.”

Francisco Diez, PAM’s Regional Ambassador for the Peace Accords Matrix, has used the site extensively to support negotiators engaged in the peace process in Colombia.

“We’ve used PAM with government negotiators, members of Congress, religious leaders, the media, peace activists, academics, and civil society groups,” said Diez, a longtime international mediator who also is the former Chief of Staff of the Ministry of Foreign Affairs of Argentina. “The knowledge it contains opens up people’s minds because it offers concrete data from other peace negotiations, showing the range of what’s possible.”

The Peace Accords Matrix was originally conceived by John Darby, Professor of Comparative Ethnic Conflict at the Kroc Institute from 1999 until his death in 2012. He worked closely with Master’s students in international peace studies to collect data and develop the first PAM. The project has received financial support from the United States Institute of Peace and the National Science Foundation. 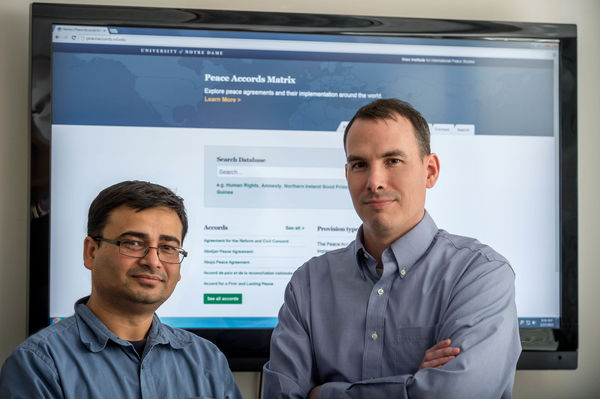 More recently, Kroc Institute Advisory Council member Mark McGrath, who also is Chair of the Kellogg Institute Advisory Board, made a generous gift to the project to support planning that will take PAM to new levels of global impact. Principal researchers Madhav Joshi, and Jason Quinn, with support from research advisers Peter Wallensteen and Erik Melander from Uppsala University in Sweden, and policy studies research associate Laurel Stone, are the core contributors to the database and new website.

At Notre Dame, plans are underway to train master’s students in international peace studies to use PAM to inform their research on various conflict settings. These students will join the steadily growing and diverse list of people who rely on PAM data to bolster their efforts to build peace.

“Our aspiration is that we can look back in five years and point to a measurable contribution to ending armed conflict,” Cortright said. “We are committed to using rigorous research to help those in conflict reach a lasting and sustainable peace.”