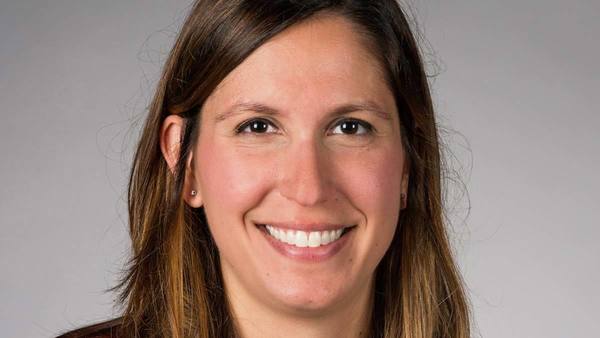 Romantic relationships are built on trust — yet when it comes to money, even faithful partners are not always honest about their spending and saving habits.

New research from the University of Notre Dame introduces the concept of financial infidelity — engaging in any financial behavior likely to be frowned upon by a romantic partner and intentionally failing to disclose that behavior. The study is the first to introduce, define and measure financial infidelity reliably and succinctly and to examine its antecedents and consequences.

“My co-authors and I became really interested in the construct of financial infidelity or cheating with money,” Garbinsky explains, “because we noticed numerous popular press pieces mentioned this term and how it’s much more prevalent than people think. But every article used a different definition with a different set of financial behaviors falling under this umbrella term.”

They developed and validated a financial infidelity scale, or FI-Scale, to measure individual variation in consumers’ proneness to financial infidelity. The scale has strong psychological measurement properties and can be used to predict actual financial infidelity among married consumers. The FI-Scale predicts a broad range of consumption-related behaviors such as spending despite anticipated spousal disapproval, preferences for discreet payment methods and nondescript packaging, and concealing bank account information.

“It’s important to point out that our definition of financial infidelity is comprised of two components: engaging in a financial behavior expected to elicit disapproval, coupled with intentional failure to disclose the behavior,” Garbinsky says, “including both an act and subsequent concealment, such as buying something knowing it was outside the budget and then hiding the purchase from the partner. We argue if a behavior does not reflect both components, it is not considered financial infidelity.”

Consequently, FI-Scale scores predict both the likelihood of engaging in a disapproved-of financial act and the likelihood of concealing the act via a variety of marketing-relevant consumption behaviors. Consumers more prone to financial infidelity exhibit a stronger preference for secretive purchase options, ambiguous packaging and shopping at inconspicuous stores.

“As one example, I recruited married participants at Notre Dame for a football weekend,” Garbinsky says, “and asked them to complete a one-page survey that contained the financial infidelity scale. At the end of the survey, they were entered into a lottery to win a free massage, and they were able to choose either a massage for themselves or a couples massage. Both options were pretested to show that, on average, most people would be upset to learn that their spouse chose an experience for themselves, when they had the option to choose something they could do together.

After making their massage choice, all participants were asked what kind of envelope they would like for their lottery ticket. Once again, they were given a choice between two things — a white, unmarked envelope or a bright teal envelope clearly labeled as containing a lottery ticket for a massage. What the researchers found is that individuals who scored on the upper end of the FI-Scale were more likely to select a massage for themselves, making them more likely to choose the option associated with greater anticipated spousal disapproval. In addition, FI-Scale scores predicted envelope choice for those who chose the couples massage. The higher one’s FI-Scale score, the more likely they were to select the unmarked envelope to help conceal their lottery ticket from their spouse.

Most people would likely admit they don’t detail every financial transaction with their partner, and Garbinsky says much of that is harmless.

“If you accidentally forget to tell your partner about something you bought, then that would not be considered financially unfaithful,” Garbinsky clarifies. “And there also has to be this expectation of partner disapproval. If you’re, for instance, secretly saving money for a birthday gift for your partner or for a surprise trip the two of you would take together, that also would not be considered financial infidelity.”

Given the key role finances play in determining relationship well-being, consumers can benefit from understanding financial infidelity and its potentially negative consequences. It can sabotage a couple’s ability to accomplish financial goals like building an emergency cash fund, saving for retirement or paying off a mortgage, as well as their ability to enjoy shared experiences and relationship satisfaction.

An understanding of financial infidelity also can benefit financial services companies and advisers as well as clinical therapists and relationship counselors, all of whom play a key role in promoting consumer well-being.

Originally published by Shannon Roddel at news.nd.edu on December 03, 2019.