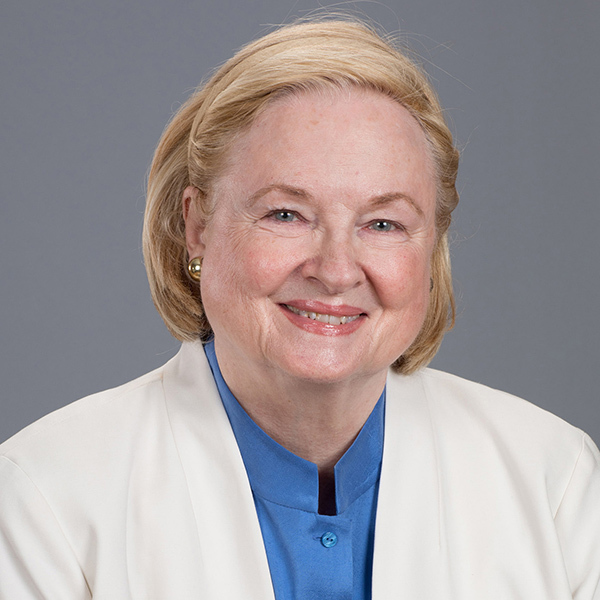 Mary Ann Glendon, the Learned Hand Professor of Law at Harvard Law School and a former U.S. Ambassador to the Holy See, will be the inaugural speaker for the Rice-Hasson Distinguished Lecture Series at Notre Dame Law School on March 30, 2020.

The Rice-Hasson Lecture will bring a distinguished scholar to Notre Dame’s campus each year to deliver a public lecture that will engage the University and Law School communities.

“Mary Ann Glendon is a towering figure in the academy, the human-rights community, the Church, and the public square,” said Richard W. Garnett, the Paul J. Schierl/Fort Howard Corporation Professor of Law and faculty director of the Program on Church, State & Society. “Her work and expertise on the fundamental right to religious freedom makes her the ideal scholar to launch the Rice-Hasson Distinguished Lecture Series.”

Glendon, an expert and author in the fields of human rights, comparative law, and political theory, has held several prestigious appointments and diplomatic roles.

Her appointments include serving as U.S. ambassador to the Holy See from 2008 to 2009. She was president of the Pontifical Academy of Social Sciences for 10 years and has also served as a board member of the Institute for the Works of Religion.

Glendon served on the U.S. President’s Council on Bioethics from 2001 to 2004 and on the U.S. Commission on International Religious Freedom from 2012 to 2016. She was appointed in July to serve as chair of the U.S. Department of State’s new Commission on Unalienable Rights.

The University of Notre Dame’s de Nicola Center for Ethics and Culture presented the Notre Dame Evangelium Vitae Medal to Glendon in 2018. She is also a distinguished research affiliate with Notre Dame’s Kellogg Institute for International Studies.

In addition to delivering the Rice-Hasson Lecture, Glendon will lead a seminar with Notre Dame undergraduates during her visit.

Originally published by Denise Wager at law.nd.edu on October 28, 2019.