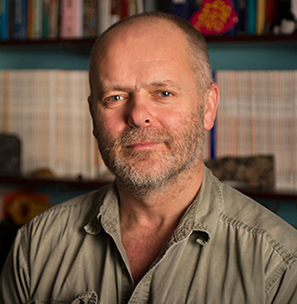 The National Academies of Sciences, Engineering and Medicine has selected Clive R. Neal, professor of civil & environmental engineering & earth sciences at the University of Notre Dame, as a member of the committee studying Extraterrestrial Sample Analysis Facilities for the Division on Engineering and Physical Sciences.

In light of the diverse extraterrestrial samples expected to be collected in the coming decade, this expert panel of 11 scientists and engineers is tasked with analyzing the following for NASA:

• What laboratory facilities and capabilities are needed to support the Planetary Science Division of NASA and its partners for the analysis and curation of existing [and future] extraterrestrial samples? If these facilities exist, where are they currently located?

• If these facilities/capabilities do not exist, what would be the ideal strategy for creating and locating these facilities in order to address current and future needs?

• What are some of the steps NASA should take to ensure that it can stay abreast of evolving techniques and technologies to remain at the forefront of extraterrestrial sample analysis?

Instrumental in developing the Lunar Exploration Roadmap for the NASA Advisory Council, Neal has been involved in numerous other NASA review panels and in the study of the Moon since 1986. His research explores the origin and evolution of the Moon (focusing on the petrology and geochemistry of returned samples coupled with geophysics and other remotely sensed datasets), geophysical instrumentation and investigations of the Moon, formation of impact melts, and more basalt petrogenesis.

Neal has also been involved in the U.S. Scientific Ocean Drilling Program for more than 15 years, and has chaired the Science and Technology Panel of the Integrated Ocean Drilling Program (IODP), as well as serving as chair of the Readiness Assessment Team for the JOIDES Resolution in 2009, a riserless drilling vessel operated by the Integrated Ocean Drilling Program for scientific exploration of the ocean floor. He was also a member of the Technical Advisory Team for the Japanese ocean-drilling vessel Chikyu and completed a three-year term on the Science Evaluation Panel of the IODP in 2015. In May 2017 he was elected to chair the JOIDES Resolution Facility Board for a three-year term, which will start in October 2018.

Originally published by Nina Welding at conductorshare.nd.edu on December 04, 2017.