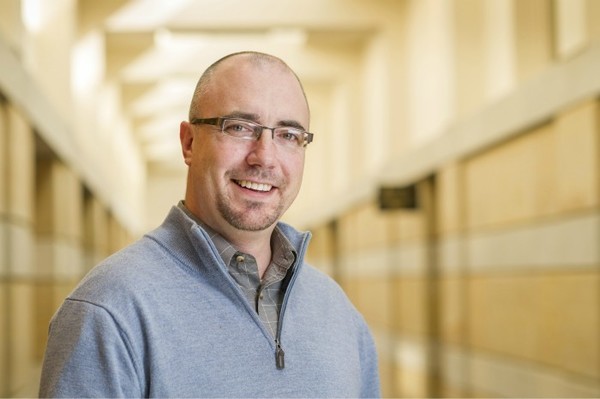 The recently published book Healthy Conflict in Contemporary American Society offers new insight into the productive and positive roles that conflict can play in the midst of religious intolerance and moral disagreements in contemporary American society.

Drawing together original research conducted by Jason A. Springs over the course of 13 years, the book looks at examples of recent deeply entrenched disagreements in the United States and suggests tools that can help to transform conflict into a generative force for healthy change and foster productive democratic discourse. Springs is Associate Professor of Religion, Ethics and Peace at the Kroc Institute for International Peace Studies and the Keough School of Global Affairs at the University of Notre Dame.

“Conflict transformation is very much a paradigm shift from conflict resolution, which sees conflict as something to be resolved,” says Springs. “Where there is relationship between people there’s going to be conflict, so the question is not how can we get rid of that conflict, but rather, how can we understand conflict so that we can engage it in constructive ways?”

The book takes a philosophical and ethical look at contemporary examples of moral conflicts centered around differing religious beliefs in the United States, including post-9/11 Islamophobia, same-sex marriage and abortion law debates, public school curriculum controversies and Tea Party Populism, among others. Springs emphasizes the importance of understanding the deep roots of these current conflicts.

“The book engages contemporary controversies, but it is also a rigorously philosophical text,” says Springs. “I hope it can engage readers in conversation about issues that are timely, pressing and urgent, but do so in a way that helps people see the deeper history of those issues. We need to recognize that these issues and the related conflicts have been with us for some time, in one form or another.”

Springs draws on concepts including “moral imagination,” an idea with a long philosophical lineage, but most notably developed in the area of peace studies by John Paul Lederach, Professor Emeritus of International Peacebuilding. The concept invites people to begin to envision the world from someone else’s perspective. Springs draws upon the moral imagination’s uses in American Pragmatist thought, agonistic democratic theory, and religious ethics to create an enriched conversation with peace studies scholarship and practices.

“I explore the power of fiction and literature to transform the way we see the world,” says Springs. “Sometimes being able to imagine the world from another person’s point of view has served the purpose of facilitating meaningful change.”

In his endorsement of the book, Lederach praises Springs for cutting edge scholarship that invites people into healthier patterns of discourse in the midst of persistent tensions.

“He [Springs] wades into these broiling waters with the message that deep conflict will remain…but this reality offers opportunity to practice a core set of basic democratic habits that may guide us away from descending toward dysfunctional harm,” writes Lederach. “Social health, he argues, depends not on denigrating the other or pursuing echo chambers, but on sustaining relationships that persist in carving qualities of imagination, a dose of empathic patience, and the courage to stay engaged with those who we find remarkably different and even offensive.”

Eddie Glaude, William S. Tod Professor of Religion and African American Studies at Princeton University, also endorsed the book, saying, “Jason A. Springs urges us not to stick our heads in the sand, but to confront unflinchingly, with imagination and courage, the conflicts that threaten to rend our way of life. Liberal tolerance isn’t the answer. Instead, ‘healthy conflict’ can be the basis for enduring social and political change. This is an important and timely book.”

The book was published in April 2018 by Cambridge University Press.

The Kroc Institute for International Peace Studies conducts research on strategies for sustainable peace and supports undergraduate, master’s, and Ph.D. students in peace studies. It is an integral part of Notre Dame’s Keough School of Global Affairs.