Ahsan Kareem, the Robert M. Moran Professor of Civil & Environmental Engineering & Earth Sciences at the University of Notre Dame, was elected president of the International Association of Wind Engineering (IAWE) during the 14th International Conference on Wind Engineering in Porto Alegre, Brazil, June 21-26. He will serve in this capacity through 2019. 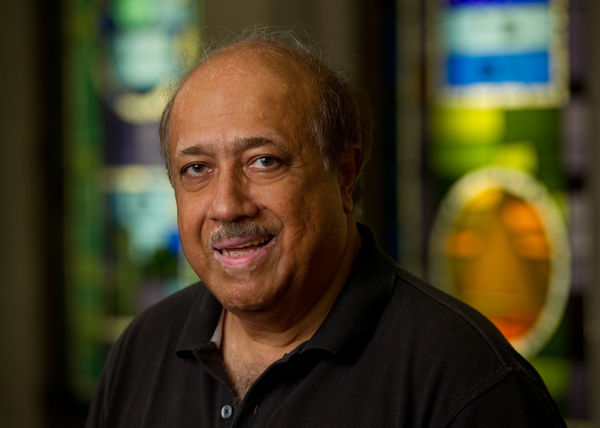 The director of the NatHaz Modeling Laboratory at the University, Kareem is globally recognized for his expertise in structural engineering, including the dynamics of tall buildings, long-span bridges, and deep-water offshore structures in extreme environmental conditions like hurricanes, the development of cyber-based infrastructure for modeling and simulation of structural performance, and collaborations for research and education in wind effects.

Kareem was most recently awarded the 2015 Theodore von Karman Medal by the American Society of Civil Engineers (ASCE) — for fundamental contributions to the quantification, modeling, simulation, and analysis of dynamic load effects, and its application to aerodynamics in civil engineering — and James R. Croes Medal by ASCE for being one of the top two papers among all ASCE’s 35 journals. He is also a fellow of the Engineering Mechanics Institute of the ASCE, a distinguished member of the ASCE, an elected member of the U.S. National Academy of Engineering (2009), and a foreign fellow of the Indian National Academy of Engineering (2010). In 2012 he was inducted to the Offshore Technology Conference (OTC) Hall of Fame for his papers, which were presented in early years of the OTC and offered innovation, direction, and lasting impact on the design, construction, and installation of offshore infrastructure.

In addition, Kareem has received the ASCE’s State-of-the-Art Award for scholarly contributions to full-scale monitoring of tall buildings, was selected the inaugural recipient of the 2007 Alan G. Davenport Medal by IAWE and was awarded the 2005 Robert H. Scanlan Medal for outstanding original contributions to the study of wind-load effects on structural design, as well as the 2002 inaugural Jack E. Cermak Medal in recognition of his contributions to the study of wind effects on structures. His receipt of the von Karman, Davenport, Scanlan, and Cermak medals is unmatched recognition. He is also the recipient of the International Association for Structural Safety and Reliability Distinguished Research Award (2013), a quadrennial award.

Among the national honors Kareem has garnered, he has participated in numerous international collaborations and programs to promote innovation in science and technology, such as the 2014 Foreign Experts Symposium in Shanghai. Appointed by the State Council of the People’s Republic of China as a high-end consultant to Tongji University — the highest level of appointment given to a foreign expert in China — and designated as honorary professor at Tongji University in Shanghai, he holds honorary professorships at Southwest Jiao Tong University in Chengdu and Hong Kong Polytechnic University and serves as a guest professor at other universities throughout China.

A Notre Dame faculty member since 1990, Kareem graduated from the West Pakistan University of Engineering and Technology with distinction and, through a joint program with the Massachusetts Institute of Technology, he earned his master’s degree in structural engineering from the University of Hawaii. He earned his doctorate in civil engineering, with a focus on structural and fluid dynamics, from Colorado State University.