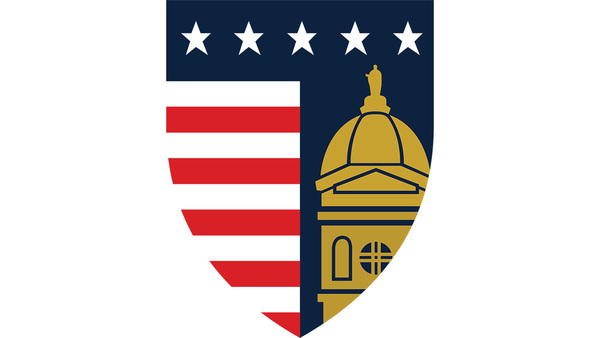 Long recognized as a leader in training students preparing for military careers and as a partner to the United States military, the University of Notre Dame has strengthened its commitment to those who have served our country by establishing its new Office of Military and Veterans Affairs (OMVA).

The office will expand the University’s support for Notre Dame-enrolled veterans and their families, active-duty and ROTC students and those who are dependents of service members.

“The bonds between Notre Dame and the U.S. military predate the American Civil War and have grown stronger over many years, as successive generations of Notre Dame graduates and Holy Cross priests have served our nation in times of war and peace,” said Thomas G. Burish, Charles and Jill Fischer Provost. “With this new office, we will further strengthen our commitment to serving those who have given so much to our nation and the University. I am grateful to the Military and Veteran Initiative Steering Committee, whose members led this initiative.”

Under the direction of Regan Jones, a U.S. Marine Corps veteran who came to Notre Dame in 2014, the OMVA will focus on growing the military-connected undergraduate and graduate student populations and developing targeted services to meet their unique needs. It will also coordinate and lead Notre Dame’s multidisciplinary efforts to support these students and will work collaboratively with representatives from others areas of the University, including ROTC, admissions, student affairs, the Graduate School, financial aid, First Year of Studies and other departments.

“We believe Notre Dame can achieve singular distinction as one of the nation’s best universities for veterans, military, ROTC and their families,” said Laura Carlson, vice president and associate provost and chair of the Military and Veteran Initiative Steering Committee. “In Regan Jones, a highly decorated Marine Corps veteran who has spent the past three-plus years getting to know the University from a variety of perspectives, we have the ideal leader to direct us in this endeavor.”

“Since Sept. 11, 2001, more than 3.8 million veterans have served in the U.S. military,” Jones said. “The Office of Military and Veterans Affairs will ensure that those military-connected individuals within the Notre Dame community experience the gratitude that we have for their sacrifice for our country and feel fully supported in their academic pursuits.”

The office’s strategic plan sets goals of making the Notre Dame experience robust, inclusive and vibrant for military-connected students and enabling the University to be a leading model of engagement for this student population. Among other things, this will entail actively recruiting more veterans and military-connected individuals for undergraduate and graduate enrollment, providing multiple pathways for academic and personal success, preparing these students for post-graduation pursuits, ensuring timely degree completion and becoming an employer of choice for veterans.

Establishing the OMVA writes a new chapter in the University’s long history with the U.S. military, which includes service by thousands of alumni, students and priests from Notre Dame’s founding religious community, the Congregation of Holy Cross. One of those priests, Rev. William Corby, C.S.C., who would later become University president, served as chaplain to the Union Army’s Irish Brigade during the Civil War and famously gave absolution to the troops at Gettysburg as they prepared for battle.

During World War II, more than two-thirds of the Notre Dame student body enlisted, and a Navy program hosted on campus trained 12,000 officers. After the war, a housing complex known as Vetville was built near where the Hesburgh Library now stands to accommodate veterans returning to school with their families.

In the 1950s, Notre Dame was among the first universities to host all three ROTC branches of the military. Outside of the military academies, the ROTC program is today among the national leaders in graduating commissioned officers.

Currently Notre Dame’s Mendoza College of Business MBA program enrolls 38 veterans as part of the Yellow Ribbon Program. This past summer, the University hosted a cohort of the Warrior-Scholar Project, through which 15 veterans and active-duty military members spent a week with Notre Dame faculty and administrators preparing for enrollment in colleges and universities around the country.

To learn more about Notre Dame’s resources for military-connected students, visit the OMVA website at omva.nd.edu.

Originally published by Sue Lister at news.nd.edu on November 15, 2017.