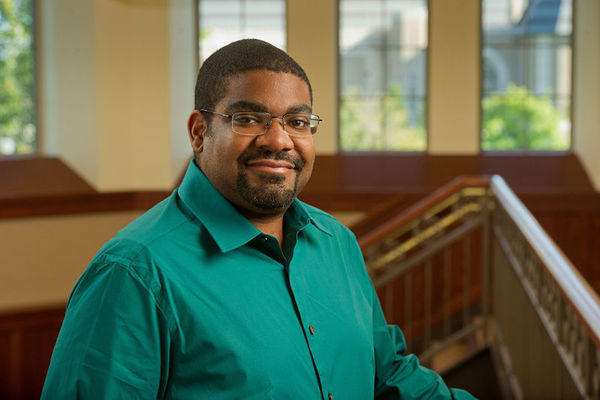 New Notre Dame research has been used to support the Orphan Drug designation for IT-139, a compound that when used in combination with chemotherapy has proved to be significantly more effective in treating pancreatic cancer than the current standard of care. The Orphan Drug program is administered by the Food and Drug Administration (FDA) and identifies promising drugs that are intended for the treatment of rare diseases, which impact fewer than 200,000 Americans at any time, or affect more than 200,000 people but are not expected to recover the costs of developing and marketing a treatment drug. Currently, pancreatic cancer has one of the lowest cancer survival rates, with one-year and five-year rates of 20 and 7 percent, respectfully.

In the study, Reginald Hill, the Archibald Assistant Professor of Cancer Biology and affiliated faculty member of the Harper Cancer Research Institute, and his lab investigated how a pancreatic tumor’s microenvironment affects a pancreatic cancer tumor’s chemotherapy resistance. A hallmark of this disease is that inflammation causes the cancer cells to produce an increased amount of misfolded proteins, or proteins that have not been properly processed by the cancer cells. The Notre Dame researchers saw that when this happened, pancreatic cancer cells increased production of GRP78, a protein that helps cells that have not been properly processed survive.

To test the idea, Hill’s lab utilized IT-139, a GRP78 protein induction inhibitor, to reduce expression of the chaperone protein in pancreatic cancer cells. In turn, the Notre Dame researchers found that in initial tests, the cells with inhibited GRP78 production had become significantly more susceptible to chemotherapy. These initial results were further confirmed with additional models containing pancreatic tumor cells.

“As a cancer researcher, your goal is to make strides towards developing effective treatments to fight this deadly disease,” said Hill. “What made our findings so gratifying was that IT-139 had already passed through Phase 1 of the FDA’s approval process as a singular treatment and shown a manageable safety profile, but had only modest anti-tumor activity on its own. However, our research now shows that this compound can be used to boost the efficacy of already approved drugs and IT-139 can be utilized in a new way.”

Upon reading Hill’s study published in Molecular Cancer Therapeutics, Intezyne – the developer of IT-139 – reached out to the Notre Dame researcher to collaborate on subsequent studies to further support the development of this novel combination therapy.

Suzanne Bakewell, vice president of Intezyne and program manager for IT-139, stated that the results from Hill’s mechanism-of-action studies were instrumental in IT-139 receiving the orphan drug designation. “Based on Hill’s exciting research with IT-139, we anticipate a continued collaboration with Notre Dame could identify more effective treatments for patients with pancreatic cancer.”

The initial study was funded by a seed grant from the Walther Cancer Foundation and the Joseph D. Boyle Memorial Fund. Additional funding was provided by the University of Notre Dame Women’s and Men’s Rowing Teams, which each host annual rowing events to support pancreatic cancer research at Notre Dame.

To learn more about cancer research at the University of Notre Dame, please visit harpercancer.nd.edu.