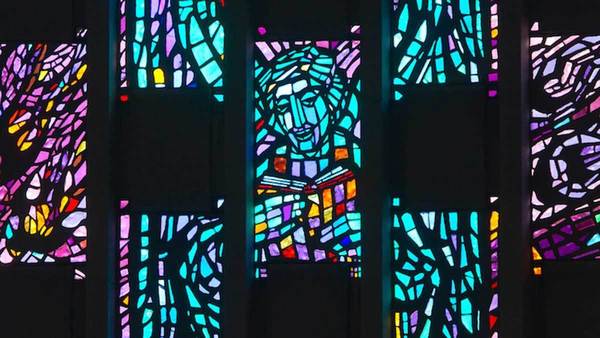 According to new research from the University of Notre Dame’s McGrath Institute for Church Life, 6 percent of Catholic seminarians across the country say they have experienced some form of sexual harassment, abuse or misconduct, while 90 percent report none. Another 4 percent said they might have experienced misconduct but were not sure, and 84 percent of seminarians believe their administration and faculty take reports of such misconduct very seriously.

“Sexual Harassment and Catholic Seminary Culture” is a laity-led, first-of-its-kind survey that was carried out in a collaboration between the McGrath Institute and the Center for Applied Research in the Apostolate (CARA). The survey includes data from 149 seminaries or houses of formation and focuses on sexual harassment, abuse and misconduct — what seminarians have experienced, what they are thinking on the issue and how seriously they perceive it is being addressed by their superiors.

Results were released at the 2019 Religion News Association conference in Las Vegas.

The survey had a 65 percent response rate among the approximately 2,375 seminarians contacted, with 68 percent of respondents studying to serve as diocesan priests and 28 percent studying to serve as religious priests or brothers. Of the 10 percent who indicated they had, or might have, experienced sexual harassment, 80 percent identified a fellow seminary student or religious in formation as the alleged perpetrator. Respondents were instructed to check all options that apply to account for multiple possible perpetrators, and one in five, or slightly less, identified a seminary authority (20 percent) or a Church authority not directly connected to their seminary (16 percent).

According to John C. Cavadini, professor of theology and director of the McGrath Institute, the vision for the survey came in the wake of the clerical sex abuse scandal and abuse allegations against the now-laicized Theodore McCarrick, who was accused of grooming victims during their seminary years.

“As a service to the current and future Church, we wanted to try to get some objective data on how prevalent (or not) sexual abuse and harassment might be at seminaries,” Cavadini said. “In approaching this task, our interest was to give seminarians a voice in a context in which they did not have to fear reprisal, and so we emphasized anonymity.”

To allay concerns about anonymity and garner survey participation, Cavadini worked with CARA and Christian Smith, the William R. Kenan Jr. Professor of Sociology at Notre Dame, to focus the survey on the experiences and perceptions of current seminarians rather than on collecting demographic information.

The study also acknowledges that, on the whole, the rates of sexual harassment, misconduct and abuse reported in Catholic seminaries seem lower than other studies. Still, comparing this data to national averages is difficult because seminaries are largely graduate-level institutions, and the students are all men. According to the researchers, most national studies focus on undergraduate, co-educational contexts, and national data on males who are victimized show that the perpetrators tend to be females.

The release of this research coincides with the launch of the 2019-20 Notre Dame Forum, “‘Rebuild My Church’: Crisis and Response,” with a panel discussion on “The Church Crisis: Where Are We Now?” on Sept. 25 (Wednesday) at Notre Dame’s DeBartolo Performing Arts Center.

Rev. John I. Jenkins, C.S.C., president of the University of Notre Dame, called for this year’s forum to examine the sexual abuse crisis in the Catholic Church and explore possible reforms. In October 2018, Father Jenkins announced a series of initiatives the University would undertake to address the scandal. One was the establishment of a task force to oversee awards of up to $1 million in grants to Notre Dame faculty for research that helps address some aspect of the crisis.