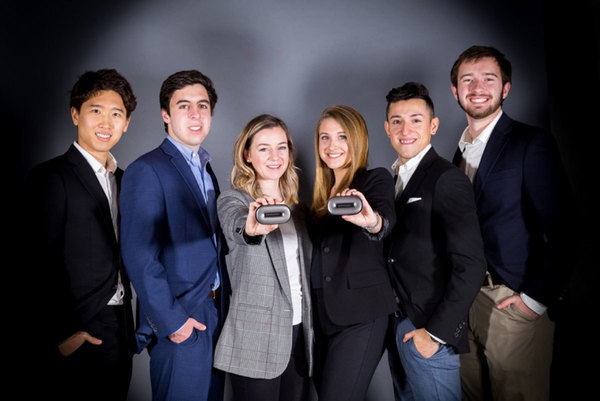 The 19-year-old competition, with 42 teams from around the globe and $2.9 million in cash and prizes, is the largest and richest in the world.

Cho helped his father, L.A. Cho, a serial entrepreneur in Korea and Resonado’s chief technology officer, invent a thinner, lighter speaker, the disruptive technology now called Flat Core Speaker technology. It uses two bar magnets and a flat voice coil, rather than the widely-used but 140-year-old design of a voice coil wound around a cylindrical magnet, to generate sound production.

In the final round of the Rice competition, 300 judges from the investment sector judged seven companies. Vita Inclinata Technologies from Mitchell Hamline School of Law in St. Paul, Minn., took the top prize.

Originally published by Nick Swisher at ideacenter.nd.edu on April 07, 2019.