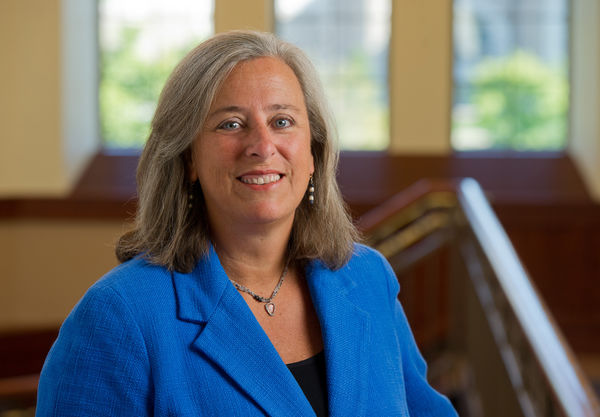 We all harbor a secret fascination with superpowers. Imagine what we could accomplish with superhuman strength or speed, X-ray vision, invisibility or mind control; the ability to heal instantly, or immortality. Many superpowers once reserved for the fantasy realm are becoming reality thanks to basic research – engaging in fundamental knowledge for the sake of understanding. Basic research is not an abstract luxury reserved for bearded professors lounging about in secluded ivory towers. What begins with a simple question such as “how”, “why” and “what” is the driving force for innovation, applied technology development, and medical breakthroughs.

How does an ant lift many times its own weight? Why is the sky blue? What grows in boiling water?

The overwhelming majority of basic research occurs in university-based laboratories and is funded by federal agencies such as the National Institutes of Health (NIH) and the National Science Foundation (NSF). These scientists ask interesting and important questions about practically everything and eagerly share their results with their peers. Continued and increased federal support for basic research has never been more urgent, as the pace of discovery and the translation to advanced technology continues to grow.

Consider the example of Dr. Thomas Brock who, in the mid-1960s, asked, “what grows in boiling water?” Studying bacteria in their natural habitats, he looked for evidence of bacterial growth in the geysers at Yellowstone National Park. He and others subsequently discovered bacteria capable of living at temperatures from 70-113oF, in geysers, hot springs, and deep sea geothermal vents. Dr. Brock’s new bug was named Thermus aquaticus. This basic research discovery later found a broader audience. Brock’s microbe was the source of an important new reagent that ultimately became known as ‘Taq polymerase.’

Imagine you are at a crime scene and have an urgent need to match DNA obtained from a drop of blood, a bit of semen, or a single hair follicle to DNA obtained from a criminal suspect. To get enough DNA to actually see it, you need a DNA copy machine. Taq polymerase is fundamental to a new technology called “polymerase chain reaction,” (PCR). PCR allows DNA to be copied rapidly. It works fast because it can be used at high temperatures, just as Thermus aquaticus uses it to copy DNA in its steamy, Yellowstone geyser habitat. PCR has revolutionized forensics, enabling identification of suspects from a very small amount of biological material left behind at a crime scene. Indeed, PCR is a new superpower, allowing us to see DNA from a single cell. In addition to forensics, this technology has given us new highly sensitive diagnostic tools for a variety of diseases. In the 1990s, the patent rights to PCR sold for $300 million. The overall return on investment from the basic research that gave us Taq polymerase is impossible to calculate in terms of dollars, criminal investigations, or diagnoses. This discovery would never have happened without the basic ability of scientists to ask “what?”

It is practically impossible to foresee which fundamental observation will ultimately prove to have practical applications. It’s unlikely Dr. Brock could have predicted his research would generate a multi-million-dollar industry, revolutionizing forensic and biomedical science.

Continued collaboration that turns fundamental, basic science into clinical impact is essential to cancer research. In the US alone, we have more than 1.6 million new cancer diagnoses each year. Over half a million Americans die of cancer each year, at a rate of 62 deaths each hour. Aside from loss of life, the cost of cancer care is measured in billions – expected to reach $156 billion by 2020.  Without a strong foundation of basic research, these statistics would be even more dire.

In the 1950’s, basic research gave us the structure of the DNA molecule and an understanding of how it is copied when one cell divides to become two. In the 1970s basic scientists began to tackle DNA repair, the process of fixing mistakes in DNA acquired during cell division. The 1980s brought about an understanding of how specific abnormal changes, or mutations, in DNA can cause cancer. PCR technology then enabled rapid detection of DNA mutations in small samples of blood or tumor tissue. We can now examine the complex mutational profile of a tumor in a matter of hours and use this information to guide treatment decisions with therapies targeted to specific mutations in one individual’s DNA.

Science is like a staircase. Each new observation builds upon the foundation below.

Thanks to basic research, we have nearly 15 million cancer survivors alive today, as each step in the staircase brings us closer to a cure. Imagine what we can accomplish with basic research as our superpower.