What makes people react to and share information online? In the past, as social scientists studied individuals and groups in the physical world, they were able to observe trends and tendencies from which to infer certain principles of human behavior. Today’s social media outlets, as well as the rapidly increasing number of people who have access to digital devices, add even more complexity — and uncertainty — to those basic principles. Stephen Hawking described the phenomena and global interactivity as being “connected by the Internet, like neurons in a giant brain.” This “connection” is vital as the nation’s well-being — whether that involves more robust and timely communications during a hurricane or providing more accurate information and access to healthcare options, can quickly be impacted via online environments. To that end, the Defense Advanced Research Projects Agency (DARPA) has created a program to help develop technologies for the computational simulation of online social behavior (SocialSim) so that this behavior can be better understood and, perhaps, predicted. Researchers at the University of Notre Dame are among a multidisciplinary group of engineers and scientists who are working to achieve this goal in regards to the complex social phenomena that occurs online daily.

The team — led by University of Southern California Information Sciences Institute (USC/ISI) and including Notre Dame and Indiana University (IU) — is creating a virtual laboratory to study the dynamics of online interactions. The lab, Cognitive Online Simulation of Information Network Environments (COSINE), will study online social interactions, to create the first-of-its-kind cognitive agent simulation framework from which they can produce massive simulations to understand shifts of attention, reactions to crises, as well as roles and influences in human behavior. 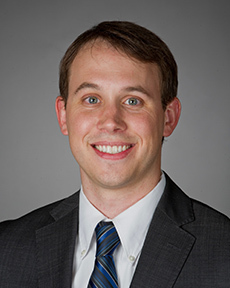 While Emilio Ferrara, research leader at the USC/ISI, will coordinate and manage the overall activities of the COSINE team, Tim Weninger, assistant professor of computer science and engineering, will lead the Notre Dame segment of the team. Additionally, Filippo Menczer, professor of computer science and informatics, will head the IU portion of the team.

Weninger’s research interests and expertise are in data mining, graph mining and network science, most recently focusing on social network environments and how information is organized and consumed across those channels. As such, Notre Dame’s responsibility to the COSINE team will be conducted in conjunction with the University’s Interdisciplinary Center for Network Science and Applications and Notre Dame’s Center for Research Computing, allowing for large-scale analytics of social media posts. Notre Dame’s contribution will also model and simulate human behavior in online social media and the way in which information diffuses across networks.

Originally published by Nina Welding at conductorshare.nd.edu on October 24, 2017.