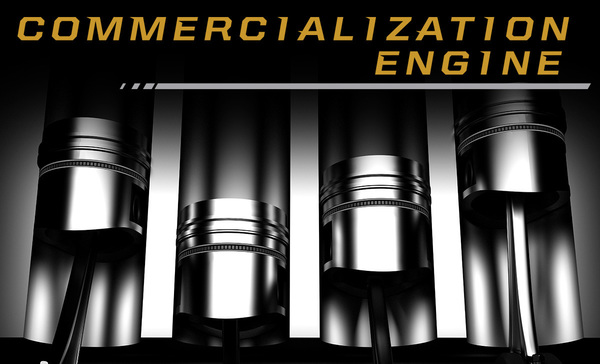 The IDEA Center at the University of Notre Dame, Startup South Bend – Elkhart and Elevate Ventures announced today that the IDEA Center’s venture accelerator program, the Commercialization Engine, is now open to residents of the South Bend-Elkhart region to submit their business ideas to free of charge.

“After a year of proven success with Notre Dame faculty, staff and students, we’re truly excited to open up the Commercialization Engine program to the surrounding community,” said Bryan Ritchie, Notre Dame vice president and associate provost for innovation. “Expanding our venture accelerator program to the many great ideas in the South Bend-Elkhart region is an important step towards us creating an ecosystem of innovation in this region.”

Adding to this, Iris Hammel, executive director of RISE and board member of Startup South Bend – Elkhart, said “Momentum is building around entrepreneurship and startups in this region. The IDEA Center is best-in-class when it comes to commercializing ideas so it only makes sense for our community to leverage such a strong ally and resource.”

To apply to become part of the Commercialization Engine, residents of the South Bend – Elkhart region should visit startupsouthbendelkhart.com and register. Upon registration, teams will undergo a series of stage-gated review steps, starting with Startup South Bend-Elkhart and then by a board comprised of experienced business leaders in the community and qualified employees of the IDEA Center. Through this process, teams will be connected with mentors and resources from the Startup South Bend – Elkhart board. If ultimately determined to have commercial opportunity, the business idea will enter the Commercialization Engine’s core accelerator program, the 4-cylinder, where it will undergo substantial processes of development.

“We’re interested in achieving results,” said Regina Emberton, president and CEO of the South Bend – Elkhart Regional Partnership. “We believe that partnering with the IDEA Center and utilizing its tried and tested Commercialization Engine program will help advance the creation of high potential companies in this region.”

When Ritchie joined Notre Dame in 2017, he brought along with him a three-member team from the University of Utah that was instrumental in the creation and running of Utah’s Commercialization Engine program. That same team created the enhanced and expanded program of the same name that is currently being used at the IDEA Center.

Prior to opening the Commercialization Engine program to residents of the South Bend-Elkhart region, it was only available to faculty, staff and students of Notre Dame. Ritchie said that it will open to Notre Dame alumni in early October.

About the IDEA Center

Standing for Innovation, De-Risking and Enterprise Acceleration, the IDEA Center is the fundamental resource for all commercialization and entrepreneurial activities at the University of Notre Dame. Its goal is to translate staff and student discoveries, launch startup companies, and leverage meaningful partnerships for social and commercial benefit. Learn more at ideacenter.nd.edu.

Startup South Bend – Elkhart is a community partnership between the South Bend-Elkhart Regional Development Authority and Elevate Ventures, an Indianapolis-based venture capital fund and entrepreneurial development partner. Startup South Bend – Elkhart is a centering catalyst that ignites new business creation and prosperity by leveraging the unique and united assets of the region. Its goal is to foster the entrepreneurial ecosystem of Northern Indiana and Southwest Michigan by stimulating the innovative spirit and culture in our citizens, nurturing new business startups and supporting the growth of existing high potential companies. Learn more at startupsouthbendelkhart.com.

About the Commercialization Engine

The Commercialization Engine at the IDEA Center is a value-adding process that takes early-stage business ideas through a process of de-risking and transforms them into life-changing and productive applications. This is accomplished by thoroughly understanding early business ideas, finding their value, determining their market fit, acting on feedback from potential customers, protecting IP, creating a strong business model, identifying milestones, and executing an acceleration plan.

The Commercialization Engine is split into three stages to focus efforts on milestones that help de-risk, vet, and develop early business ideas. These stages are named after different engine sizes: 1) the 2-stroke, 2) 4-cylinder, and 3) the V8. Each engine size represents the level of resources, development, and understanding of the market opportunity for the idea and the stage of that idea’s business model. Each of the three stages has specific deliverables and objectives that must be met in order for a business idea to move on to the next stage of development. Learn more at https://ntrda.me/2J8bscq

Originally published by Nick Swisher at ideacenter.nd.edu on June 14, 2018.