In domains relying on decision making by subject-matter experts, such as intelligence analysis and holistic review, several attributes are typically considered and analyzed, and associations are made among those attributes by the experts. For example, in the holistic admissions review process, each applicant’s test scores and GPA are just the beginning of the long list of attributes that are considered during this multi-faceted task. The various criteria considered include academic and non-academic metrics, such as a student’s background, his or her high school profile, college entrance essay, AP courses, trends in grades, varsity sports, student leadership, community service and talents in areas such as music or fine arts. Applicant reviewers in domains such as this, or in human resources, are often making subjective assessments of disparate data sources to determine if an applicant is a good fit to an organization. 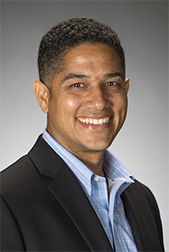 These subject-matter experts use both their expertise and experiences in the in-depth analysis of such complex and disparate data. This means that the experts can potentially make different decisions based on the same data because of their own knowledge and experiences. According to Ronald A. Metoyer, associate professor of computer science and engineering at the University of Notre Dame, “In cases like these where uncertainty exists and subjective assessments must be made, human cognitive biases are more likely to play a role in the decision-making process. By cognitive biases, I mean known reasoning and judgment biases that occur as a decision is being made, not those ‘biases’ influenced by culture or based on discrimination.” 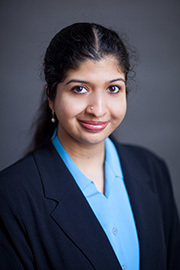 Metoyer and Poorna Talkad Sukumar, a graduate student in computer science and engineering, are addressing ways to mitigate these potential biases. Their three-year $453,396 project, titled “Designing Visual Representations to Mitigate Potential Cognitive Biases in Complex Decision-Making Processes” and funded by the National Science Foundation, examines how information visualization techniques can be used to impact human cognitive biases that potentially play a part in data-centric decision-making situations.

Specifically, Metoyer and Talkad Sukumar are working to understand the potential bias manifestations and then to design and evaluate appropriate visualization approaches for mitigating some of the biases, thus improving human decision-making in general.

They are partnering with organizations that employ holistic review to study the effects of such tools in real-world decision-making contexts. Metoyer and Talkad Sukumar acknowledge the challenges involved in designing these tools for such complex decision-making processes and hope their research will shed light on how visual tools can potentially influence the way in which people approach complex decisions.

Originally published by Nina Welding at conductorshare.nd.edu on October 29, 2018.