Augustine of Hippo is recognized as one of the most important church fathers and greatest thinkers of Christianity. While many theologians and philosophers study his work, Hildegund Müller, associate professor of classics and associate vice president for research at the University of Notre Dame, takes a different approach to reading Augustine’s texts.

Müller’s research provides a unique perspective through the lens of her philological background and study of literary detail in texts like her current project, A Reading of Augustine’s Sermons, which includes an edition of a selection of his preaching on the Psalms.

“What is so fascinating about the sermons is that most of them are not written or dictated by Augustine, but instead written in shorthand by a scribe who recorded his actual words. Therefore, Augustine’s sermons present a fascinating mix of forethought and improvisation,” said Müller. “This is interesting if you consider what it meant to be a public speaker in this changing political and religious environment.”

Augustine lived during the 4th and 5th centuries, when education still focused on the importance of rhetoric and the skill of persuasion. On the other hand, the Roman Empire was in the midst of embracing Christianity, making the topic of religion highly relevant and often controversial.

The purpose of her research project is to provide scholars with better access to Augustine’s original words, as well as their meaning and cultural context. Müller continually considers not only what Augustine is trying to say, but also what was happening around him that would influence a sermon, and how people during the time would have received and internalized his words. Understanding these pieces of information allows Müller to follow Augustine’s words as precisely and sensitively as possible and develop a close-up view of his preaching, which is understood both as a performance and a common experience. 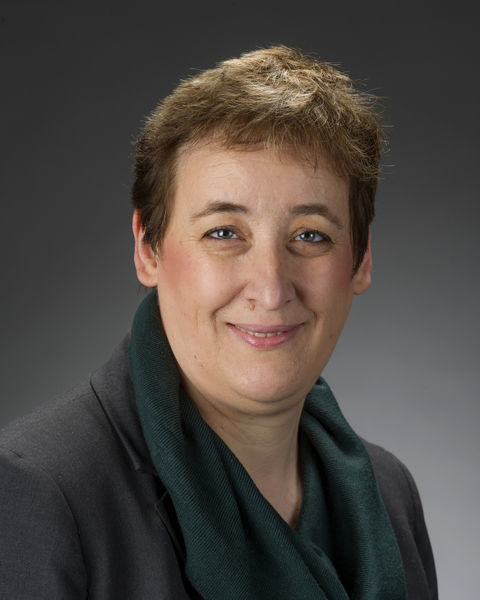 This line of thinking also helps decode possible changes that were made to the text, since over the years Augustine’s work became unintentionally diluted and corrupted as scribes copied books by hand. Müller describes attempting to trace these textual changes as almost biological.

“The methodology to understand what changes were made by scribes from copy to copy can be compared to tracking familial heritage,” said Müller. “Critical editing analyzes similarities and differences between manuscripts and establishes these ‘family relations.’ In Augustine’s case, this is particularly challenging, since the lineage between copies of texts gets very messy. Apart from establishing the text itself and furnishing it with scholarly annotations, one goal of my work consists of recapturing the text of the Bible which Augustine used, as well as the many hidden literary sources he may be alluding to.”

In her study of late ancient Latin literature, Müller regularly deals with the problem of complex literary works and their adaptations of Classical traditions. The University of Notre Dame’s Catholic tradition and available resources play a significant role in providing an encouraging environment for her research.

“Everyday at Notre Dame I feel truly supported in my work, as I am surrounded by scholars studying similar texts and addressing similar questions to myself,” said Müller. “Additionally, we have the benefit of world-class collections in my field in Hesburgh Libraries, particularly in the Medieval Institute. This also includes copies of manuscripts, such as the microfilm copies of the Ambrosian Library in Milan, as well as our own manuscripts within Rare Books and Special Collections, where we have recently acquired a very old manuscript fragment of the text I am editing.”

In the fall semester of 2012, Müller also studied A Reading of Augustine’s Sermons as a fellow at the Notre Dame Institute for Adavnced Study. The institute supports research that is directed toward, or extends inquiry to include, ultimate questions and questions of value, especially as they engage the Catholic intellectual tradition. To learn more about Hildegund Müller and her research, please click here.