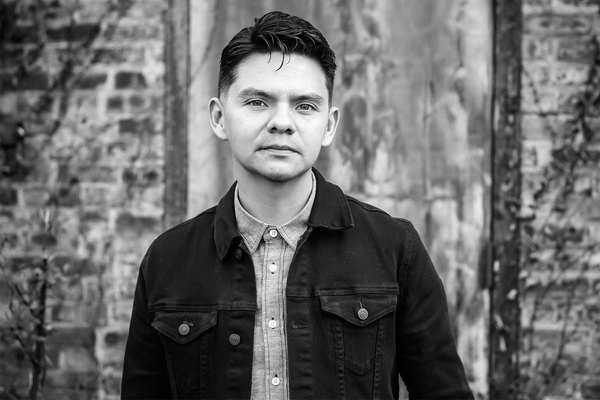 The in-depth look at Mexican migrants’ cultural expression through music has earned three prestigious awards in the fields of anthropology and ethnomusicology.

Chávez’s work has earned the 2018 Society for Latin American and Caribbean Anthropology Book Prize and 2018 Association for Latina and Latino Anthropologists Book Award, and now the Alan P. Merriam Prize from the Society for Ethnomusicology. The latter is rarely awarded to a junior scholar, making it a pleasant surprise for Chávez, an assistant professor in the Department of Anthropology.

“That this type of scholarship is being recognized in a wide range of fields says something about the importance of academic work — in this case, anthropological work — focused on Latinos in the United States and, moreover, that it is being undertaken by Latino scholars,” he said. “That’s a bit of a watershed moment, especially with the Alan P. Merriam Prize. It’s a unique experience for me, given that it is my first book. To have it received in this way is both humbling and exciting.”

“That this type of scholarship is being recognized in a wide range of fields says something about the importance of academic work — in this case, anthropological work — focused on Latinos in the United States. That’s a bit of a watershed moment.”

While today’s headlines and political climate can cast Mexican migrants as people perpetually outside of American society, Chávez’s book traced the flows of a style of music — huapango arribeño — to show how Mexicans on either side of the border assign meaning to their migration and enact forms of belonging within this context.

“Within contemporary politics and discourse about migrants, we see and witness the construction of narratives concerning Mexican migrant illegality that attempt to render this community policable, racialized subjects,” he said. “Migrants are clearly aware of this. It’s the kind of language they experience in their daily lives.

“I wanted to explore the ways in which migrants speak about themselves. What are the vehicles for collective witness through which they manifest different narratives about who they are, how they belong, how the U.S. is home to them, and how multiple places can in fact be home. One way they do it — through music and poetics — tells us a particular story that reveals much about contemporary forms of social citizenship and the politics of race.”

Chávez, the son of Mexican migrants, grew up listening to huapango arribeño, a type of traditional music from north-central Mexico known for its poetic style. As a musician himself, Chávez was reintroduced to the style while earning his bachelor’s, master’s, and Ph.D. degrees at the University of Texas at Austin.

“I came across musicians who played this music, and I was intrigued. I had a vivid cultural memory of this music such that when I encountered it in Austin, my mind latched onto it, wanting to find out more,” Chávez said. “A lot of things revealed themselves to me — particularly how performance was bound up with the politics of the migrant experience.”

A musician trained in classical and jazz, Chávez immersed himself in huapango arribeño throughout the course of his research, from informal family get-togethers to large festivals on both sides of the border. By learning to play the music and spending time with its practitioners, he decoded the nuanced aspects and meanings of performance that detail the complex emotions and experiences of people who are most impacted by the contemporary politics of immigration in the United States.

Notre Dame’s Institute for Latino Studies, of which Chávez is a faculty fellow, has supported his work.

“ILS has been a great community to be a part of throughout my tenure at Notre Dame. They have been supportive of my scholarship, teaching, and publicly engaged work,” Chávez said. “ILS has proven a vital part of intellectual life on campus and now counts itself among the top Latinx studies programs in the country. They advocate for and share in the accolades of their faculty, both of which are key in fomenting a vibrant scholarly community that enriches the lives of our students and campus as a whole.”

Going forward, Chávez will co-chair an advanced seminar at the School for Advanced Research in Santa Fe, New Mexico, this spring focused on Latinx activism in the United States.

He is also now working on a new ethnographic project that integrates sound studies and urban anthropology to contextualize the sounds of contemporary Latinx Chicago.