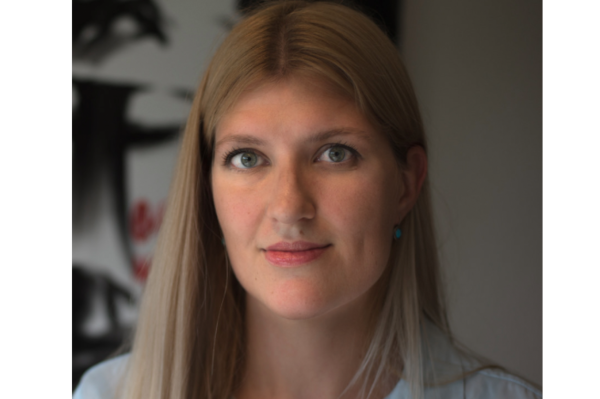 Beatrice Fihn, executive director of the 2017 Nobel Peace Prize-winning group the International Campaign to Abolish Nuclear Weapons (ICAN), will deliver the 24th annual Hesburgh Lecture in Ethics and Public Policy at 4 p.m. Tuesday (April 17) in the McCartan Courtroom, Eck Hall of Law, at the University of Notre Dame.

Fihn’s lecture, titled “Faith and Fury: The Moral, Legal and Rational Argument to End the Nuclear Threat for Good,” will focus on the threat of nuclear war, exacerbated by heightened tensions and rhetoric between the United States and North Korea. She will also address the rationale and import of ICAN’s call for a ban on nuclear weapons. ICAN, a coalition of nongovernmental organizations in 101 countries, was awarded the Nobel Peace Prize for its advocacy work to promote the passage of the Treaty on the Prohibition of Nuclear Weapons, adopted at the United Nations in July 2017 by 122 countries (not including the United States).

“The belief of some governments that nuclear weapons are a legitimate and essential source of security is not only misguided, but also dangerous,” Fihn said in her Oct. 6, 2017, Nobel Prize acceptance speech. “This is a time of great global tension, when fiery rhetoric could all too easily lead us, inexorably, to unspeakable horror. … If ever there were a moment for nations to declare their unequivocal opposition to nuclear weapons, that moment is now.”

Fihn holds a law degree from the University of London. Prior to serving as ICAN’s executive director, she managed the disarmament program at the Women’s International League for Peace and Freedom and the Reaching Critical Will project. She also worked for the Geneva Centre for Security Policy.

“We are delighted to welcome Beatrice Fihn to campus,” says Asher Kaufman, John M. Regan Jr. Director of the Kroc Institute. “Nuclear disarmament was a key concern of Kroc’s co-founder, Father Hesburgh, and we have no doubt that Ms. Fihn’s input will be both timely and will stimulate continued dialogue here on campus.”

The lecture is free and open to the public. It will also be live-streamed.

Fihn’s work echoes the concerns of Rev. Theodore M. Hesburgh, C.S.C., the late president emeritus of Notre Dame and the namesake for the Hesburgh Lecture. In 1985, Father Hesburgh spoke in San Diego, California, urging religious leaders and scientists to work together to stop nuclear arms proliferation and advocating for the important role universities could play in training these leaders. At this lecture, Father Hesburgh met Joan B. Kroc, who would go on to give the founding gift to establish the Kroc Institute in 1986.

The Hesburgh Lecture series began in 1995. Each year, a distinguished scholar, policymaker and/or peace advocate is invited to deliver a major lecture on an issue related to ethics and public policy in the context of peace and justice.

Fihn will be the fifth Nobel Prize Laureate to visit the Kroc Institute.