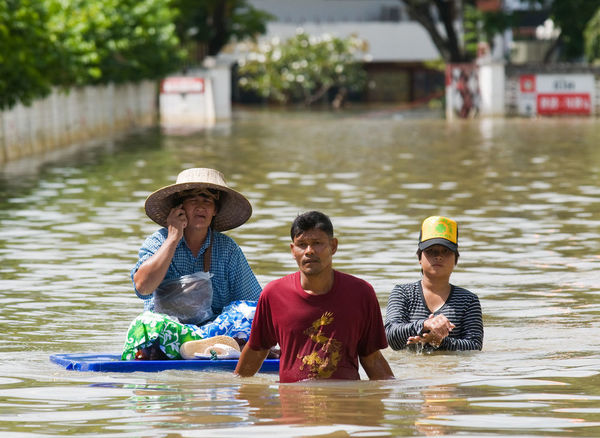 As climate changes in the decades ahead, nations all over the world will invest billions to make themselves more resilient to rising sea levels, hurricanes, droughts, floods and heat waves.

A new study led by researchers from the University of Notre Dame, University of Minnesota, McGill University and Australian National University reports that spending money on new infrastructure projects isn’t enough.  A country’s “readiness” – to include factors such as political stability, education levels, and even the ease of doing business — can all influence whether climate adaptation efforts will succeed.

The findings were published in the December issue of Mitigation and Adaptation Strategies for Global Change. The paper’s authors were the first to analyze the patterns of adaptation investments made by the multilateral and bilateral adaptation funds.

“Our research found that countries with high vulnerability to climate change receive more adaptation funding from international sources,” said Chen Chen, research scientist for the Notre Dame Global Adaptation Initiative (ND-GAIN). “Yet, those countries most vulnerable to climate change are often the least ready to use adaptation investments effectively. For instance, without social safeguards such as gender equity or environmental protection, countries will be less able to make best use of new public infrastructure.”

For analysis, the researchers used data collected by the ND-GAIN Country Index. The annual Index tracks a country’s performance against 45 indicators, which include data from six sectors that affect lives and livelihood: food, water, health, ecosystem services, human habitat and infrastructure. ND-GAIN researchers use 20 years of data to score the vulnerability and readiness of 180 countries around the world.

However, as the study’s authors point out, even when countries are equally vulnerable to climate change hazards, they may be unequal in their ability to adapt effectively. Factors such as institutional stability and the amount of political corruption effect how much adaptation financing can achieve.

According to the study, readiness is especially crucial in places such as Sub-Saharan Africa and South Asia, which have the world’s greatest concentration of least developed countries. These countries are also most likely to endure significant human suffering because of climate change, unless they receive funding to adapt.

“It’s important to consider that because of low readiness, the investments made in developing countries may not be highly efficient,” Chen said. “Our findings explicitly support global efforts to improve the investability of the most vulnerable country groups by investing first to enhance their readiness.

The Notre Dame Global Adaptation Initiative (ND-GAIN) works to provide knowledge and human resources that help governments, businesses and communities – especially the most vulnerable – adapt to the world’s changing climate. ND-GAIN is part of the Notre Dame Environmental Change Initiative.

The University of Minnesota Institute on the Environment is leading the way toward a future in which people and the environment prosper together.

Originally published by Tom Springer at environmentalchange.nd.edu on December 21, 2016.