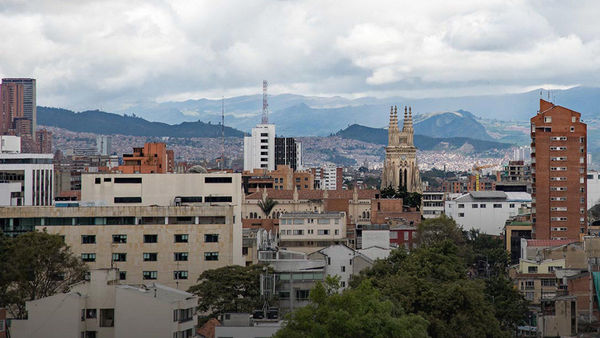 Nearly one year after the Colombian government and the rebel group FARC signed a historic peace accord, the fulfillment of nearly half its commitments is underway, according to a report issued Nov. 16 (Wednesday) by the University of Notre Dame’s Kroc Institute for International Peace Studies.

“Our research shows a strong commitment from both sides to ending the conflict and moving toward peace, though some obstacles remain,” said David Cortright, director of the Kroc Institute’s Peace Accords Matrix (PAM).

“The pace of implementation is on par or slightly superior to other peace agreements, and if current obstacles are overcome, this process is on a path toward success,” said research professor Madhav Joshi, who collaborated with colleagues Jason Quinn and Cortright on the Notre Dame study.

The Kroc Institute, an integral part of Notre Dame’s Keough School of Global Affairs, has been asked to provide technical verification and monitoring of implementation of the accord through its PAM research project. Its first report on the Colombian peace agreement reflects data collected between December 2016 and August 2017.

“We’ve been offering rigorous academic research to all involved parties as a form of peacebuilding accompaniment,” Cortright said.

Data is collected through on-the-ground observation and investigation by a mobile team of peacebuilding professionals based in Colombia.

The report highlights significant progress in achieving short-term goals of a bilateral ceasefire, surrender of weapons and creation of institutional and legal mechanisms for verification.

Greater progress is needed, however, in the implementation of longer-term objectives such as security guarantees, the socio-political reintegration of former combatants, the substitution of illicit crops and implementation of truth and reconciliation processes.

PAM is the world’s leading academic center for measuring the progress of peace agreements on a systematic comparative basis. Its involvement in the Colombian peace process marks the first time its researchers have measured the implementation of a peace accord in real time.

“Our evidence-based approach provides an impartial scientific assessment of the implementation status across the whole accord, identifying both advances and gaps,” said Quinn.

The Colombian peace agreement has been compared to the Good Friday Agreement that ended the conflict in Northern Ireland. The Colombian accord brings an end to a 52-year conflict — the longest in the Western Hemisphere.

“It’s a tremendous honor to assist in monitoring the implementation of this historic accord, which is laying the foundation for peace and progress in the months and years ahead,” Cortright said.

Originally published by Renée LaReau at news.nd.edu on November 16, 2017.