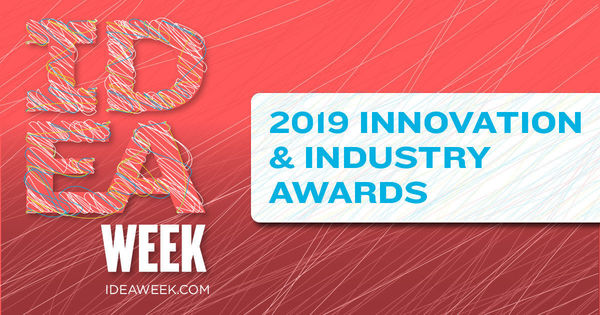 Idea Week will inaugurate two awards series for entrepreneurs, inventors and advanced manufacturers in the South Bend-Elkhart area during its week of events from April 8 to 13.

Idea Week is co-hosted by the University of Notre Dame, the South Bend-Elkhart Regional Partnership and more than 30 community organizations and businesses.

Both awards series are open to residents of St. Joseph, Elkhart and Marshall counties in Indiana and Berrien and Cass counties in Michigan.

To nominate an individual or company for an IdeaWeek Innovation or Industry 4.0 award, visit ideaweek.com/innovation-awards/.

“Idea Week’s central purpose is to honor and celebrate the accomplishments of entrepreneurs and innovators,” said Regina Emberton, president and CEO of the South Bend-Elkhart Regional Partnership and member of the Idea Week planning committee. “They are the foundation of the modern economy and will be absolutely central to diversifying the economy and driving future economic growth.”

“Idea Week wants to honor those entrepreneurs, inventors and innovators who are creating the future of South Bend-Elkhart.”

Businesses must sell their products or services across additional regions, states and/or countries. They will be evaluated on community impact, including job creation and higher-than average wages and disruptive business models with new or pioneering products.

The winners of the inventor and patent awards will be selected based on publicly available information on file at the United States Patent and Trademark Office.

“We’re honoring individuals and companies with a high number of patents because research shows an approved patent increases a startup’s employment growth by an average of 36 percent over five years,” said Gavin Ferlic, entrepreneur-in-residence with Elevate Ventures and member of the Idea Week planning committee. “Those firms typically have higher-skill jobs with higher wages, make innovation central to their business, attract funding for expansion and have a much higher chance of a successful exit.”

A major keynote speaker, to be announced, will address the Innovation Awards ceremony.

“Many of our manufacturers are incredibly innovative but they are also very humble about it. You cannot get a sense of the innovation just by driving past their steel buildings,” said David Temeles Jr., an attorney with SouthBank Legal, president of Third Coast Federal and member of the Idea Week planning committee. “The South Bend-Elkhart region has the potential to become a leader in advanced manufacturing in North America, but it will require that our manufacturers collaborate with their counterparts in industry and the research community to accelerate innovation at a pace that no company can achieve on its own. The purpose of the Industry 4.0 awards is to jumpstart collaboration in the regional manufacturing community by highlighting and rewarding the innovation occurring in our own backyard.”

Two other established award events will take place during Idea Week. The McCloskey New Venture Competition, now in its 19th year, will take place on April 12 (Friday). It provides more than $400,000 in cash and in-kind prizes to students, faculty, staff and alumni from the University of Notre Dame as well as to entrepreneurs and startups in Elkhart, Marshall and St. Joseph counties in Indiana. The key differentiating factor between it and the Idea Week Innovation Awards is that the McCloskey competition focuses on early-stage ventures less than three years old while the Idea Week Innovation Awards focus on startups that are at least three years old and are further down the commercialization pathway. The $20,000 1st Source Bank Faculty Commercialization Award, now in its ninth year, will take place on April 9. It is presented to a faculty member from Notre Dame or the Indiana University School of Medicine-South Bend who has successfully transitioned their technology from the lab to the marketplace.

The applications for the Idea Week Innovation and Industry 4.0 awards may be found at ideaweek.com/innovation-awards/.

Idea Week is an innovation festival hosting business, technology and entertainment events to provide members of our community with the practical knowledge, creative inspiration and social foundation they need to innovate within their own endeavors.

As one of the largest business events in Northern Indiana, more than 7,500 people attended Idea Week’s 43 Learn and Compete informative sessions in 2018 (its first year) while another 11,500 attended its 10 Play and Meet events, for a combined total of more than 18,000 people.

It will take place April 8-13 in venues throughout South Bend, Elkhart and the University of Notre Dame in Indiana.

Originally published by Nick Swisher at ideacenter.nd.edu on March 4.