Four faculty from the College of Engineering at the University of Notre Dame have received Defense University Research Instrument Program (DURIP) grants from the Department of Defense (DOD) for 2015, totaling more than $1.8 million. These highly competitive awards will enable the purchase of new state-of-the-art equipment in support of the foundational research being conducted in defense-critical areas at the University.

More than 695 proposals requesting $257 million were received by the DOD, identifying projects from advances in materials, structures, and manufacturing; nanosciences; computing; electronics and electromagnetics; acoustics; neuroscience; fluid dynamics; robotics and autonomous systems; environmental sciences; and more. Approximately 225 of those proposals were funded, a total of $67.8 million, with individual award amounts ranging from $38,000 to $1.4 million.

Kenneth T. Christensen, the College of Engineering Collegiate Professor of Fluid Mechanics, was awarded $490,000 from the Air Force Office of Scientific Research (AFSOR) for his proposal titled “Time-resolved Velocimetry Equipment to Transform Realistic Roughness Research.” He studies the physics of flow over complex surfaces, especially surfaces that roughen or are damaged over time. These include the surface damage — erosion, deposit of foreign matter, etc. — that occurs over the operational life of oil and gas pipelines, ship hulls, or turbine blades. The equipment that will be purchased through this grant will enable more accurate measurements of these types of flows by capturing their three-dimensional and time-dependent nature, which could lead to changes in maintenance schedules and other activities that would mitigate the surface damage. 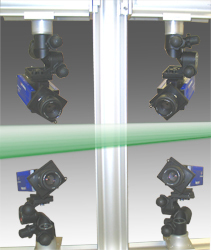 Christensen, who joined the Notre Dame faculty in 2014, is a fellow of the American Physical Society (APS) and the American Society of Mechanical Engineers, an associate fellow of the American Institute of Aeronautics and Astronautics, and an associate editor for the Journal of Visualization. He also serves on the editorial boards of Experiments in Fluids and Measurement Science and Technology. He is the recipient of several awards and honors, including the AFOSR Young Investigator Award in 2006, the National Science Foundation CAREER Award in 2007, the Francois Frenkiel Award for Fluid Mechanics from the APS Division of Fluid Dynamics in 2011, and the Dean’s Award for Excellence in Research in 2012 from the College of Engineering at the University of Illinois, where he served as professor, Kritzer Faculty Scholar, and associate head for undergraduate and mechanics programs in the Department of Mechanical Science and Engineering. 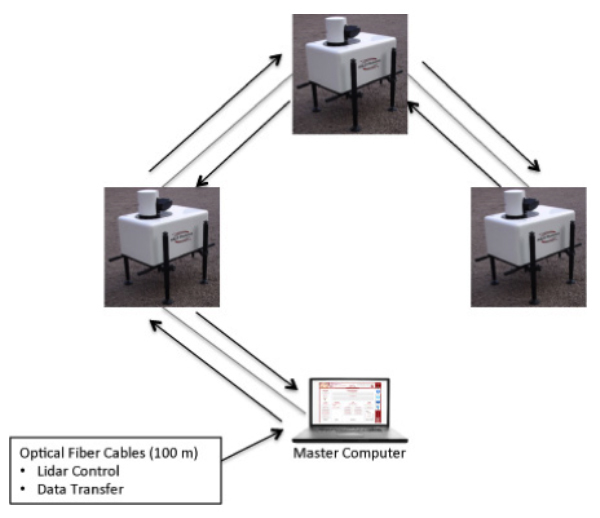 A faculty member since 2010, Harindra Joseph Fernando, the Wayne and Diana Murdy Professor of Civil & Environmental Engineering & Earth Sciences, was awarded $525,000 for his proposal titled “A Triple-Lidar Based Automated Remote Sensor for Wind Measurements.” The system, which is based on cutting-edge Doppler Lidar (laser radar) technology, will be the first commercial triple Lidar system to operate in the United States. The prototype will be developed by Halo Photonics Limited, Worcestershire, UK. Portable, the system will be used to measure air velocities in ocean humidity layers above the ocean (evaporative ducts) to enhance radar transmission technology, to capture subseasonal wave propagation in the atmosphere in relation to air-sea interactions, and wind in complex topographical areas with applications to wind energy production. The three line-of-site velocities measured by Lidars produce detailed three-dimensional maps of velocities, turbulence levels, and Reynolds stresses in the atmosphere, and provide more accurate measurements than single or dual-Lidar systems currently in use. 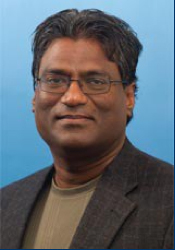 Fernando is a fellow of the American Association for the Advancement of Science, American Meteorological Society, APS, and the ASME. He is also an elected member of the European Academy. In addition to his classroom and research duties, he serves as the editor-in-chief of the Journal of Environmental Fluid Mechanics, an editor of the journals Theoretical and Computational Fluid Dynamics and Non-Linear Processes in Geophysics of the European Geophysical Union, and an associate editor of the journals Physics of Fluids (American Institute of Physics) and Hydro-Environmental Research (International Association of Hydraulics Research.) 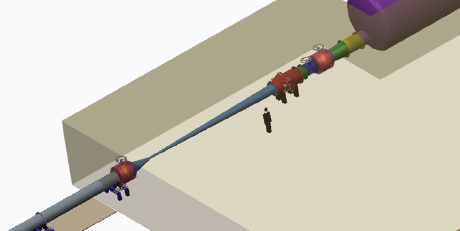 “Large Hypersonic Quiet Tunnel: Driver Tube and Air Supply” is the title of the proposal submitted by Thomas J. Juliano and Thomas C. Corke. The project was awarded $888,500 to assist in the construction of the country’s largest hypersonic quiet wind tunnel. Sustained hypersonic flight is essential to the security of the United States and its partner nations. Building on the research being conducted in existing smaller hypersonic quiet wind tunnels, Notre Dame researchers will be able to more accurately simulate flight in the atmosphere and study the phenomenon known as boundary-layer transition. Vehicles impacted include those re-entering the Earth’s atmosphere from orbit; future high-speed, long-range missiles; and even proposed passenger airliners flying at greater than Mach 5. Upon the completion of the Mach 6 quiet tunnel, a Mach 10 tunnel is planned. 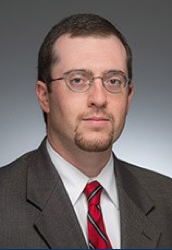 Juliano, assistant professor of aerospace and mechanical engineering, joined the Notre Dame faculty in 2014, having previously served as a research associate on a National Academy of Sciences fellowship at the U.S. Air Force Research Laboratory at Wright-Patterson Air Force Base and postdoctoral researcher at The Ohio State University. He is a senior member of the AIAA. 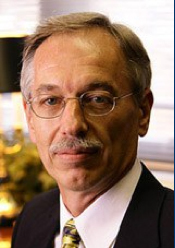 The Clark Equipment Professor of Aerospace and Mechanical Engineering, Corke also serves as director of the Institute for Flow Physics and Control (FlowPAC). Previously on the faculty at the Illinois Institute of Technology, he joined the University in 1999. He is a fellow of the AIAA, APS, and ASME, as well as the author of Design of Aircraft, which has been adopted as the capstone design text in more than a dozen aerospace departments across the United States and in numerous programs around the world. Under his leadership, FlowPAC has become one of Notre Dame’s fastest-growing and most successful research centers. In 2007 Corke was the recipient of Notre Dame’s President’s Research Achievement Award, in 2010 he was the recipient of the AIAA Aerodynamics Award, and in 2014 Notre Dame awarded him the James A. Burns, C.S.C., Graduate School Award for distinction in graduate teaching and contributions to graduate education.