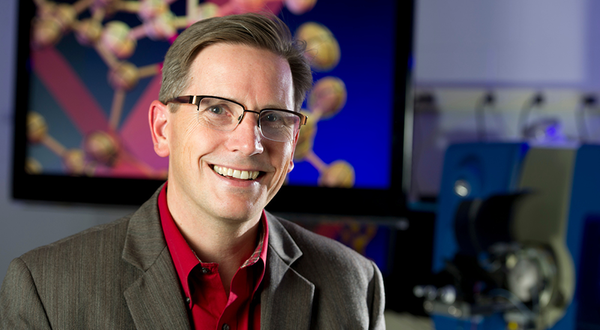 Chemical engineers at the University of Notre Dame have discovered a catalytic process that could help curb emissions of nitrogen oxides (NOx) from diesel-powered vehicles, a priority air pollutant that is a key ingredient in smog.

Current emission regulations and control systems for diesel engines have reduced pollution at high temperatures. While motorists around the world wait for their vehicles to warm up, a majority of NOx emissions – between 70 and 80 percent – take place during transient and cold-start conditions, impairing air quality.

The study, published in the journal Science, is the culmination of a decade of collaborative research by the University of Notre Dame, Purdue University and Cummins Inc., funded by the National Science Foundation and the Department of Energy, according to William Schneider, co-author of the study.

“Diesel engines power virtually all heavy-duty trucks, and NOx emissions control remains one of the key challenges facing manufacturers and operators,” said Schneider, H. Clifford and Evelyn A. Brosey Professor of Engineering in the Department of Chemical and Biomolecular Engineering at Notre Dame.

Schneider led the Notre Dame research team and focused on copper-exchanged zeolites, a particular class of catalysts used to promote the conversion of NOx into environmentally benign nitrogen gas. These catalysts “light off,” or begin functioning, at temperatures too high to capture a large fraction of the NOx produced. The researchers discovered the key chemical step that limits the performance of these catalysts at low temperature.

“We knew that copper ions trapped in the zeolite pores were responsible for the catalytic reaction, but we did not know what caused the chemical reaction to slow to such an extent at lower temperatures,” Schneider said. The team developed sophisticated computer models, performed on supercomputers at Notre Dame’s Center for Research Computing and the Environmental Molecular Sciences Laboratory at Pacific Northwest National Laboratory, to track the movement of the copper ions within the zeolite pores. They discovered that the ions were much more mobile than anyone had appreciated, so much so that they were able to swim through the zeolite pores and pair up.

“We hypothesized that this pairing was key to the low-temperature performance,” said Schneider. Experiments performed by the Purdue team at the Advanced Photon Source at Argonne National Laboratory proved that this pairing was indeed happening during one step in the overall catalytic process. The team was able to combine the experiments and computations to quantify the pairing and its influence on NOx removal.

“This is a goal that the catalysis community has been striving toward for many years,” said Schneider. “This information paves the way to developing catalysts that outperform current formations at lower temperatures, allowing diesel engines to meet stringent emissions regulations. Further, we think we can take advantage of the pairing process for other catalytic reactions beyond NOx removal.”

Originally published by Jessica Sieff at news.nd.edu on August 18, 2017.