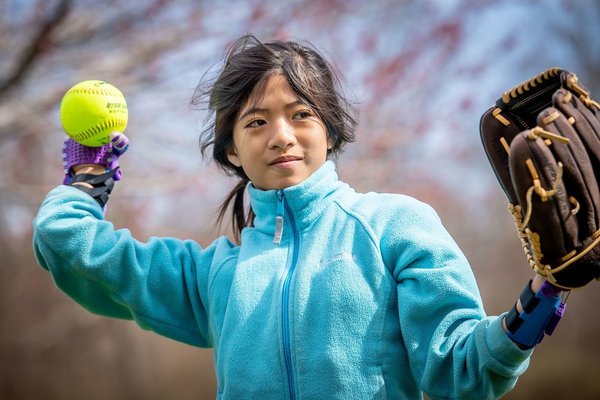 Notre Dame’s e-NABLE group had searched in vain for nearly a year for a child in need of an artificial hand. The informal student club, which a few dozen engineers formed to create 3D printed hands, had gone dormant.

Then in February, Michael Skinner needed a ride home from a formal event during Junior Parents Weekend and called for an Uber. Driver Doug Anderson picked up Skinner and his mother. An outgoing New Jersey native, Skinner asked Anderson about his family.

Skinner couldn’t believe his luck when Anderson told him about adopting a daughter from China who was born with half a palm and only one finger on each hand.