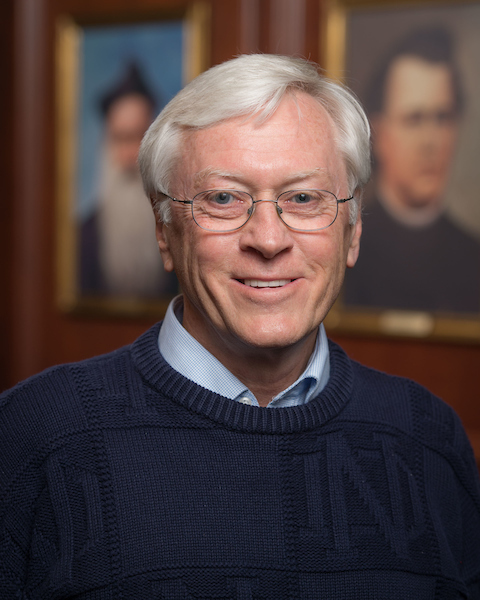 Professsor Marv Miller presented the seminar, “Conjugation of an acinetobacter selective sideophore to Daptomycin generates a sideromycin with potent activity against acinetobacter baumannii” at the Antimicrobial Drug Discovery Symposium at the Solutions for Drug-Resistant Infections (SDRI) conference in Brisbane, Australia, April 3-5. SDRI 2017 brought together leading scientific, medical and

industry experts to discuss new solutions to the global challenge of drug-resistant pathogens. The conference was hosted by the Community for Open Antibiotic Drug Discovery (CO-ADD), a not-for-profit initiative led by academics at The University of Queensland.

Miller presented their work on the development of novel antibiotics for Gram-negative bacterial infections based on daptomycin. Daptomycin, a lipopeptide antibiotic, is a valuable treatment against Gram-positive bacteria. It acts by perturbing the integrity of the Gram-positive bacterial cell wall and circumvents a number of bacterial defense mechanisms, such as efflux pumps. The Miller lab hypothesized that their siderophore-based iron transport mediated Trojan horse concept, applied to daptomycin, would make it possible to target Gram negative bacteria with what are normally Gram-positive active antibiotics. MIC testing showed activity against several multidrug resistant strains of A. baumannii at MIC levels of 0.006 to 0.8 µM where daptomycin alone had no activity. The compound is well tolerated in mice and active in vivo in a mouse infection model.

The Gram-negative pathogens, such as A. baumannii, have become a significant worldwide threat due to their resistance to many current antibiotics.

Originally published by Richard Taylor at drugdiscovery.nd.edu on April 28, 2017.